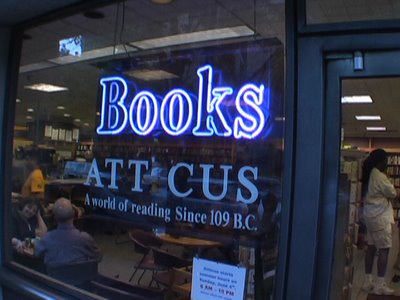 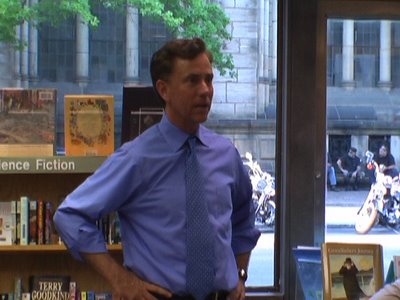 Video will be available sometime tomorrow; I gotta be on the road at 7AM, so no late night editing tonight!

On an amusing note, Ned referred to me as a lefty blogger. I guess that's because the nation has swung so ridiculously far to the right in recent years, it makes a fairly moderate guy like myself APPEAR to BE a lefty!

You don't have to be a lefty to hate what Senator Lieberman has encouraged President Bush to get away with.

That, for some reason, is perfectly fine for Joe "War is Hell" Lieberman, Chickenhawk Jr.

Boy, did anyone see his speech tonight? I watched it while transferring the video footage to my computer. Nothing like a good ol' fashioned "Stay the Course" philosophy to ensure the tragedy in Iraq to continue indefinitely. 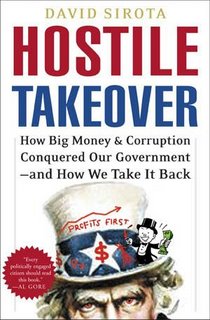 David Sirota will be appearing at Atticus Books shortly to promote his book, and Ned Lamont will be in attendance. I'll be videotaping the event for the blog, so check back later tonight and hopefully I'll have something up.
Posted by CT Bob at 6/21/2006 05:52:00 PM