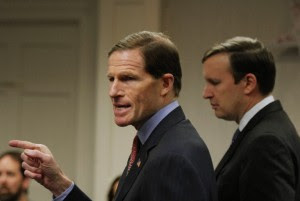 These cowards should also be videotaped while viewing the crime scene photos, with the tapes publicly available.