For anyone who's been following this blog for a while, you might have gathered that I'm a big Steely Dan fan, and specifically a Donald Fagen aficionado.

Welp, here's another track from his groundbreaking 1982 album The Nightfly. 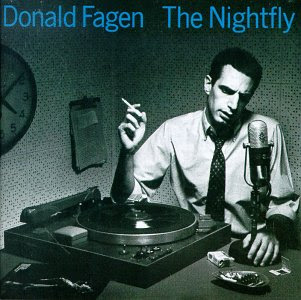 A message in the liner notes of The Nightfly reads: "Note: The songs on this album represent certain fantasies that might have been entertained by a young man growing up in the remote suburbs of a northeastern city during the late fifties and early sixties, i.e., one of my general height, weight and build. - D.F."

"Walk Between The Raindrops" is a lively upbeat selection, written about Miami in that magic time. Since the only music video produced from the album was "New Frontier", some fan created a video of South Beach images that works very well with the song.