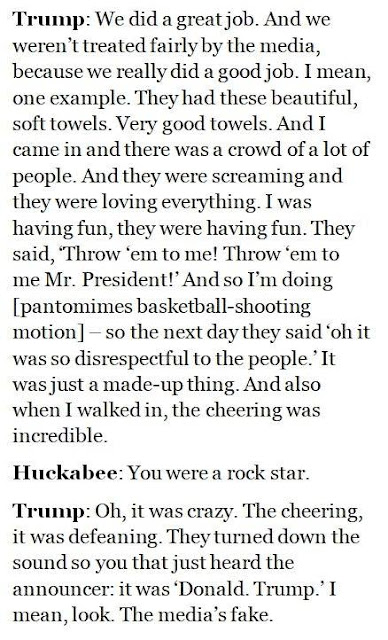 Compare the two, and see if you don't think the President is suffering from a severe form of self-delusion or cognitive dissonance.
Posted by CT Bob at 10/08/2017 12:34:00 PM