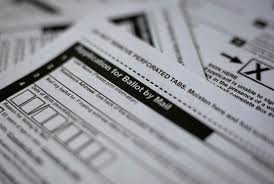 The primary was scheduled for April 28, then postponed to June 2, and finally firmly placed on August 11. The Democratic National Convention begins on August 17, so the results of our primary will most likely award delegates at the convention.

Sec. of State Denise Merrill has said each registered voter will receive an application in the mail with a post-paid return envelope. After completing and returning the application, eligible voters will receive a ballot with a post-paid envelope in time for the election. Also, Merrill directed each town to have a secure dropbox available in a prominent location so voters can drop off their ballots in person without exposing themselves to public polling place workers.

Here is the link for a PDF file of the Governor's executive order.