In the center of the cyclone 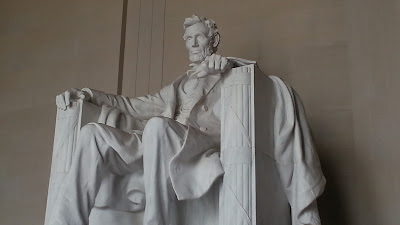 Today we arrived in DC. Flew JetBlue from Hartford to Reagan National for $49 (yes, it's a great deal) and got into our AirBnb rental about 3 blocks from the White House.

So now we're here and ready for the craziness that will soon engulf this normally quiet little town. Today, we'll just do a little sightseeing and wander around The Mall.

Our Election Day plans are fairly loose at this point. We tentatively plan to have a nice dinner, maybe nearby at the Old Ebbitt Grill across the street from the Treasury Department and a stone's throw from 1600 Pennsylvania Ave. Then, early evening, we'll likely stop by Shelly's Backroom, DC's premiere cigar bar for a smoke and dessert.

By 8pm when the polls close in the East, we'll find a local place where we can watch the election night coverage on TV, maybe in the lobby lounge of the W Hotel, also nearby. The rooftop bar is a high energy spot that will likely be rented out for a private party, so we won't have the view we had on our last visit of Marine One landing on the South Lawn of the White House after the President and First Lady attended the ballet at the Kennedy Center. 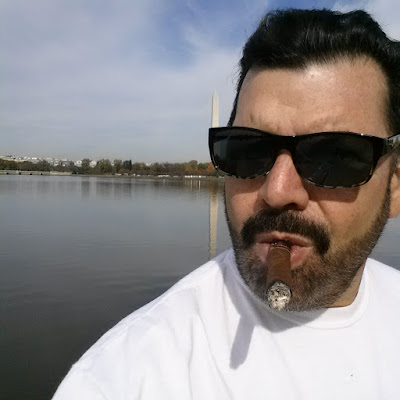 We did manage to cage a pair of free tickets for the election night party at The Park at 14th nightclub near Franklin Sq., but if they have a DJ blasting house music over the talking heads on the big screens, we'll more than likely find a quieter place to catch the returns.

Around 11pm we'll probably head over to the pedestrian plaza on Pennsylvania Avenue in front of the White House to be there when (hopefully) they announce the first woman president has won the election...Jill Stein!

J/K, she doesn't have a snowflake's chance on Venus of winning this thing, but the other gal on the ballot might actually be able to pull this one off!

Who knows? Either way, we'll be at ground zero for the final chapter of this crazy saga that we've all followed for the last 2 years. Maybe then we can finally relax.