This is the best post-mortem so far 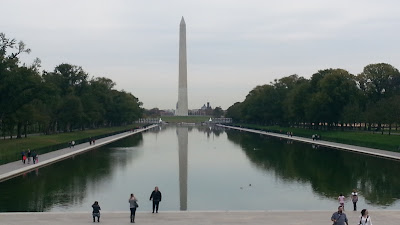 Frank Bruni from the New York Times wrote what I've found to be the most interesting post-election explanation of why this happened.

He starts out admitting media is somewhat to blame, and then proceeds to tell us why it's all our fault.

And hey, the guy makes some good points!

And here we are, with the Democrats in tatters. You might want to think twice about our Oscar and Super Bowl predictions.

Despite all the discussion of demographic forces that doomed the G.O.P., it will soon control the presidency as well as both chambers of Congress and two of every three governor’s offices. And that’s not just a function of James Comey, Julian Assange and misogyny. Democrats who believe so are dangerously mistaken.

Other factors conspired in the party’s debacle. One in particular haunts me. From the presidential race on down, Democrats adopted a strategy of inclusiveness that excluded a hefty share of Americans and consigned many to a “basket of deplorables” who aren’t all deplorable. Some are hurt. Some are confused.

Liberals miss this by being illiberal. They shame not just the racists and sexists who deserve it but all who disagree. A 64-year-old Southern woman not onboard with marriage equality finds herself characterized as a hateful boob. Never mind that Barack Obama and Hillary Clinton weren’t themselves onboard just five short years ago.

Political correctness has morphed into a moral purity that may feel exhilarating but isn’t remotely tactical. It’s a handmaiden to smugness and sanctimony, undermining its own goals.

I worry about my and my colleagues’ culpability along these lines. I plan to use greater care in how I talk to and about Americans more culturally conservative than I am. That’s not a surrender of principle or passion. It’s a grown-up acknowledgment that we’re a messy, imperfect species.

Donald Trump’s victory and some of the, yes, deplorable chants that accompanied it do not mean that a majority of Americans are irredeemable bigots (though too many indeed are). Plenty of Trump voters chose him, reluctantly, to be an agent of disruption, which they craved keenly enough to overlook the rest of him.

Democrats need to understand that, and they need to move past a complacency for which the Clintons bear considerable blame.

It’s hard to overestimate the couple’s stranglehold on the party — its think tanks, its operatives, its donors — for the last two decades. Most top Democrats had vested interests in the Clintons, and energy that went into supporting and defending them didn’t go into fresh ideas and fresh faces, who were shut out as the party cleared the decks anew for Hillary in 2016.

In thrall to the Clintons, Democrats ignored the copious, glaring signs of an electorate hankering for something new and different and instead took a next-in-line approach that stopped working awhile back. Just ask Mitt Romney and John McCain and John Kerry and Al Gore and Bob Dole. They’re the five major-party nominees before her who lost, and each was someone who, like her, was more due than dazzling.

After Election Day, one Clinton-weary Democratic insider told me: “I’m obviously not happy and I hate to admit this, but a part of me feels liberated. If she’d won, we’d already be talking about Chelsea’s first campaign. Now we can do what we really need to and start over.”

Obama, too, contributed to the party’s marginalization. While he threw himself into Hillary Clinton’s campaign, he was, for much of his presidency, politically selfish, devoting less thought and time to the cultivation of the party than he could — and should — have. By design, his brand was not its. Small wonder, then, that its fate diverged from his.

He anointed Clinton over Joe Biden, though Biden had more charisma and a better connection with the white voters who ultimately supported Trump. Had Biden been the nominee, he probably would have won the Electoral College as well as the popular vote (which Clinton indeed got).

And had Bernie Sanders been? Michael Bloomberg would almost certainly have jumped into the fray, sensing unoccupied territory in the political center, and an infinitely saner and more capable billionaire might well be our president-elect.

Democrats bungled a terrific opportunity to retake the Senate majority by ignoring the national mood as they picked their candidates. A party that prides itself on looking out for the little guy went with the biggest names it could find.

That happened in Wisconsin with Russ Feingold, in Indiana with Evan Bayh and in Ohio with Ted Strickland, all of whom were defeated by Republicans who couldn’t be tarred as insiders or as emblems of the status quo because the Democrats had just as much mileage on them.

Senator Rob Portman, the Ohio Republican, campaigned as the outsider and the underdog, and he ended up beating Strickland, the state’s former governor, by more than 20 points. Like Feingold and Bayh, Strickland could hardly claim the mantle of revolution.

In contrast, Democrats had success in a House district in Central Florida that didn’t initially appear to be promising turf by running Stephanie Murphy, a 37-year-old first-timer, against John Mica, 73, who had been in Congress for nearly a quarter-century. “Change” was Murphy’s mantra, and, like Trump, she used it to turn inexperience into an asset.

A party that keeps the White House for eight years customarily suffers losses elsewhere, as if the electorate insists on some kind of equilibrium. That happened under Bill Clinton and again under George W. Bush — but not to the extent that it has happened under Obama.

His presidency will end with Democrats in possession of 11 fewer Senate seats (depending on how you count), more than 60 fewer House seats, at least 14 fewer governorships and more than 900 fewer seats in state legislatures than when it began. That’s a staggering toll.

While the 2016 race for governor in North Carolina remains undecided, the settled contests guarantee the G.O.P. the governor’s office in 33 states: its most bountiful harvest since 1922.

If Democrats don’t quickly figure out how to sturdy themselves — a process larger than the selection of the right new party chairman — they could wind up in even worse shape. They’re defending more than twice the number of Senate seats in 2018 that Republicans are, a situation that gives the G.O.P. a shot at a filibuster-proof majority.

Meantime, the perpetuation of Republican dominance at the state level through 2020 would grant the G.O.P. the upper hand in redrawing congressional districts after the next census.

But new presidents typically get an electoral whupping after their first two years, and there’s every reason to believe that Trump will govern — or fail to — in a fashion that prompts one. Will Democrats respond in a way that puts them in the best possible position to deliver it?

That hinges on whether they can look as hard at the errors in their party as at the ugliness in America.