Will Russia listen to Bush? 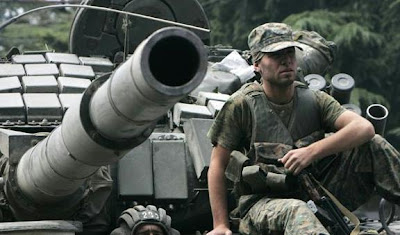 I'm not holding my breath.

Today President Bush returned from his vacation in the Stalinist nation of China and he issued a strong warning to Russia that they must agree to an immediate cease fire in Georgia, or else.

Or else George Bush will be very very angry with them. And he will write a strongly worded letter to the Russians saying how very angry he is.

Because, after seven years of Bush's illegal actions, we've lost the moral authority to tell any other nation how to act. Indeed, there's no threat that Bush can make right now that would compel the Russians to change what they're doing.

There are many costs associated with the war in Iraq that aren't obvious at first, but this is the sort of thing that knocks the air out of any argument we can make with how other nations behave. We'll be suffering from the "Bush Effect" for years, if not decades, as a result of this disastrous administration.

He already is flexing his muscle. He'll be taking out his anger and frustration on the polar bear and other little critters by making making the endangered species act extinct. JC Sr