Another Q-Poll is out 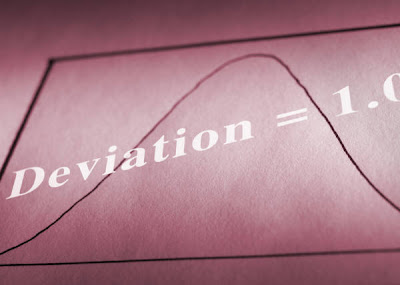 I don't know about you, but I find all the polling this far out just a bit silly. I typically dislike answering poll questions because I'm so terribly busy all the time (LOL!) and even though I shouldn't, whenever I see "Political Call" show up on the caller ID, I let it go to directly to voice mail.

But some of you guys obviously do answer the questions, because here's another Quinnipiac Poll. And of course, I have some thoughts about it.

In the governor's race, Tom Foley has a significant lead over his challengers for the Republican nod, while Ned Lamont and Dan Malloy are in a closer contest. Malloy has gained slightly, but still trails Lamont by 10 points. This is the third straight poll where Lamont has led Malloy by double digits.

However, in both races the undecided voters make up the largest margins; 44% for the Democrats and 50% for the Republicans. Which indicates that the candidates are going to have more work to do to get their message out to the voters.

This poll only addressed the primaries, not the general election (probably because of the complexity of this poll) so we can expect to see another poll sometime soon that discusses potential November match ups.

For Attorney General, current Secretary of State Susan Bysiewicz holds a commanding lead with 54% of Democratic voters over George Jepsen's 10% and the rest of the field 2% or less.

Apparently we also want to buy booze on Sundays, and we don't like Keno or tolls.

Regarding the booze, I worry a bit for the mom & pop liquor stores that would be greatly inconvenienced if they had to work an extra day each week. I've lived under our state's liquor sales policy all my life, and honestly, I don't think it's that big a deal to take one day off a week from buying booze.

I somehow still manage to sufficiently punish my liver with a mere six days of shopping; I can easily live without a seventh.
Posted by CT Bob at 3/18/2010 09:13:00 AM

One problem with endless polling is that it allows the media to cover the rankings instead of the issues. It's like when movies started to be evaluated by the size of the box office sales instead of content. Easy to report but really meaningless.
After reading some surveys, especially from the Pew Family Foundation, it seems that low-information voters are the majority. Their opinions on almost everything are based on hearsay and rumor, mostly. Sad and scary.
So, what conclusions can we draw from the opinions of people who don't have a clue?
oldswede


I don't think Sunday liquor sales are a great idea, but tax revenue is slipping across the borders. Gotta scrape up every nickel so that we don't inconvenience our wealthy.
oldswede

One of the biggest problems with continuing to look to the wealthy is that the definition of wealthy constantly gets lower. Like the federal alternative minimum tax which every year ensnares more and more people sooner or later a family of 4 making $80,000 a year will be considered wealthy.

As to the opinions of the voters, thats the way it is in a democracy. Perhaps those smarter than the rest would prefer the Iranian model or possibly create a Hugo Chavez type model in which once in power those of higher intelligence can then squash freedom of speech and close the dumb peoples media outlets.

1. The wealthy are wealthy because they benefit the most from the social and economic organization provided by the government. In return, it is fair that they return proportionately. Current tax rates are far lower than they have been in past and the rich are still with us.
2. If the alternate minimum tax bothers you, call your representatives.
3. Americans are much less engaged in the political process than the citizens of other countries. You need to try to look beyond our borders.
oldswede

I am not saying the rich shouldn't pay more, they should. My point is that eventually raising their tax rates won't be a viable option. Now is the time to learn to create an economy where we don't need to look to a sugar daddy to bail us out.

The AMT? I already have voiced my concerns to our "reps" over whether the annual patch will be applied, or if this is the year the middle class will be considered wealthy. Millions of families look toward the federal refund and without the patch or elimination of the AMT, most will be owing several thousand next year. The answer from their offices? chirp, chirp, chirp

Again as free people we can participate as little as we want. I really don't care what other countries do in this regard. Watch the news and I see riots in Greece, racial conflict in other parts of Europe, financial turmoil the world over, the Russian bear aggressive once again, chinese sweat shops turning out poison, little craphead dictators talking bull. And to top it off we have the idiot in Iran who thinks he can hasten the return of the 12th mahdi. Wonder why he may want a nuke? So, no I don't really need to be enlightened with the crap other countries do.

All I ask of those who aren't up on politics is don't complain if you don't vote or vote without knowing what the issues are.