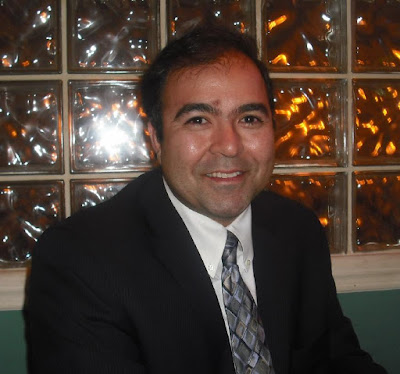 The other night I was invited to a local pub to chat with former New Haven alderman Gerry Garcia about his run for Secretary of State.

I found Gerry to be very engaging and earnest about the office, and optimistic about his chances. With at least a three-way race for the Democratic nomination looming (against House Majority Leader Denise Merrill, and State Senator and former West Hartford mayor Jonathan Harris) Garcia feels he'll have the widest appeal throughout the state.

Garcia spoke about the issues facing our state and ways to increase voter participation, especially after a disappointingly low turnout during the 2009 elections. "We need to get more people voting," Garcia said. "I'm in favor of early voting similar to the system in use in California." California allows registered voters to opt to vote by mail rather than by going to the polls to vote.

As a way to help distribute and disseminate election information, Garcia thinks the voting results should be made available on the Secretary of State's website within a day or two after the results are known, categorized down to individual precincts. Personally, I feel this would be a useful way of knowing how involved various communities are, and help locate areas that need assistance either with registrations or voter turnout.

Gerry Garcia has signed on to participate in the Citizen's Election Program, and is currently gathering the necessary contributions to reach the threshold for the program. Each candidate for Secretary of State needs to raise a minimum of $75,000 in individual amounts no more than $100 each. His website, which has a way to contribute along with info on the candidate, is GarciaforCT.com

The New Haven Independent has a good write up and video of New Haven Mayor John DeStefano giving his endorsement to Garcia and pledging to deliver most, if not all of New Haven's 81 votes at the State Democratic Convention in May.

The video below is from Gerry's recent talk with the Milford Democrats:

Its the best time i heard about this men , But it sound its a good candidate or he was o still he is , I think politics it's not for me , but in your post are good points about politics.