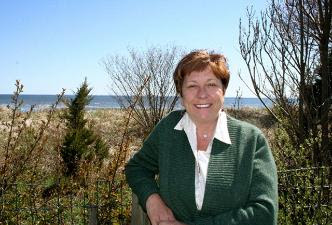 Kim Rose is running for the State Assembly seat in the 118th District, here in Milford. The seat was formerly occupied by House Speaker Jim Amann, and is currently held by Barbara Lambert, who is retiring at the end of the term.

Kim, a longtime activist, resident, mother of two, and community leader has lived in the 118th district for over 25 years and has contributed to the city in many ways including: Acting P & Z Member and Jr. Vice President for the VFW Post 7788 Devon Ladies Auxiliary, volunteer and member of such service organizations as the Milford Irish Heritage Society and the Milford Elks. In addition to her civic responsibilities currently Rose holds an executive administrative position in the City of Bridgeport Building Department.

"I will listen to the needs of my community and go to Hartford to work with other legislators toward a resolution."

Voicing the opinion of the public is what jump started Kim Rose’s foray into politics. Kim got her start in politics when she brought a 2,000-name petition of Devon residents before the Planning and Zoning Board in 2004 to stop overdevelopment on Naugatuck Ave. The petition along with the 200+ supporters who showed up at City Hall was not enough to halt the project but they did succeed in reducing the number of units from 28 to 21.

Frustrated with the lack of dissemination of local information, Kim developed the Village of Devon (www.villageofdevon.com) website and is currently the owner/webmaster. The website was designed to keep the people in the West Shore /Devon/ Beach Areas abreast of events and local news that may affect them.

Kim ran for Milford’s Planning and Zoning Board in 2007and has been proudly serving the 3rd District of Milford fighting for smart development and conservation. Kim was elected Vice Chairman in 2008 and 2009. While serving Kim was instrumental in getting the meetings televised, she introduced regulation changes to lower the heights of buildings on the beaches, eliminated tandem parking and changed the lot size requirements in her district so that larger lots are required.

Kim also chaired the Historic Committee for the Planning and Zoning board and was appointed by the Mayor to be liaison to the Regional Council of Government. Kim continues to look for ways to help her neighbors.

Accountability and listening to the public is what Kim Rose stands for. She has a proven record to working with and listening to the people of Milford. Kim Rose wants to represent the views and values of the residents of the 118th in Hartford. Visit KimRose2010, and vote for Kim on November 2nd!
Posted by CT Bob at 10/24/2010 07:36:00 PM

Tell me... which video card game will she play in the house Chamber. We all famously know that Barbara Lambert's favorite game was solitaire.

She strikes me as a "Go FISH" type of girl.

I'm going to predict a GOP victory in this seat.

Heh heh heh...I don't think ANY Rep., Democratic or GOPer, will have anything on their computer screens other than official House websites...

That's not much of a limb you're going out on, Headless. This year is gonna be a tough battle, that's for sure. But Kim is a dedicated, hard working public servant, who doesn't just go with the status quo like so many other politicians.

Bob are you for real? Kim Rose? Have you Googled her name or looked into her impaiments? She is too disabled to represent us. She is a terrible terrible candidate. While I do not doubt her community service I know for a fact that her Attendance in Hartford is going to be a MAJOR PROBLEM!

What Impairments? You are not taliking about her one lung?

I hope people do not use Rocco's impairment against him. Sanity is not necessarily a requirement to run for office. But, wow, is that man kooky!

Oooh Pleeease! If Rose wins you might as well put the state of Connecticut to sleep! That would be absolute proof that there is no hope for anyone. Vote for Greg Smith at least he has a real shot!