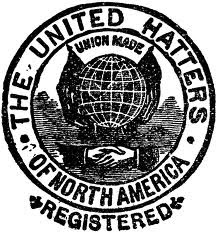 By rejecting a savings and concession deal orchestrated by Gov. Malloy, the voting members of several state unions have effectively fired at least 7,500 of their own people.

So much for the concept of "union brotherhood" that has served them so well for so long!

Despite being in the worst economic downturn since the Great Depression, a lot of union members with extensive seniority (over 10 years' worth) voted against the deal since they were the least likely to lose their jobs when the inevitable layoffs occur. They chose naked self interest over shared sacrifice and, because of that, thousands of their union brethren will suffer a total loss of their livelihood.

"Selfish" seems too mild a word for their actions.

I'm thinking more along the lines of "assholish", but that's not really a word (except for one time when my friend was called that by a total stranger after making an assholish maneuver. But that's another story.)

And the deal wasn't that harsh to begin with! Nearly ANYONE in the private sector would take that deal, which GUARANTEES absolutely no layoffs for at least four years, and pay raises after two years. Sure, there are some changes to benefits, but considering the current economic climate and the fact that the unions have had a sweet deal already for many years, along with the fact that they can renegotiate their situation in a mere FOUR YEARS, it's not like the end of the world for them.

But no, they shot it down without so much as a "how do ya do"! And now, thousands of their own will be joining the already swollen ranks of the unemployed, further increasing the difficulty of people in the private sector who are looking for jobs (like me, for instance).

They must be crazy.

Too bad they can't lay off the people who voted no. It would serve them right.

This the labor equivalent of eating your young.