Everyone with an "R" after their name is running next year! 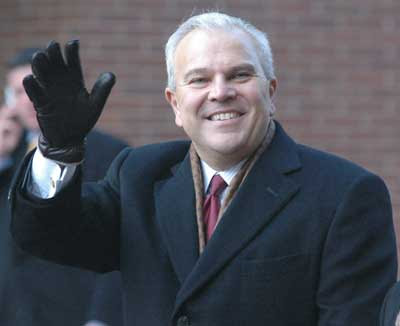 Apparently every single registered Republican in Connecticut is running for something in 2010.

Every one of 'em!

Lt. Gov. Michael Fedele announced for governor today, and now Tom Foley is gonna throw his chapeau into the ring tomorrow, I guess that senate thing isn't working out for him, and what with Chris Healy's alleged meddling, we'll probably see some more job-shopping by candidates.

So much for not playing favorites!

We have a virtual unknown running against Rosa DeLauro (which of itself isn't necessarily a bad thing; who ever heard of Ned Lamont when he announced he was taking on a middle-aged cheerleader for George Bush named Lieberman?) and now we also have Jerry Labriola jumping in.

There are dozens of other R's pouncing on the supposed bandwagon, who must have been encouraged by the turnouts of the local elections. Which, for those who follow the political cycles know, often happens during the election that follows a major gain by one party.

The Teabaggers are gonna have a helpful effect on this election cycle, what with everyone racing farther to the right to out-teabag each other! We're gonna see quite a few of them going "Full Teabag"!

One thing for sure: we're gonna see a rowdy brawl of epic proportions as they all approach the GOP convention in June!