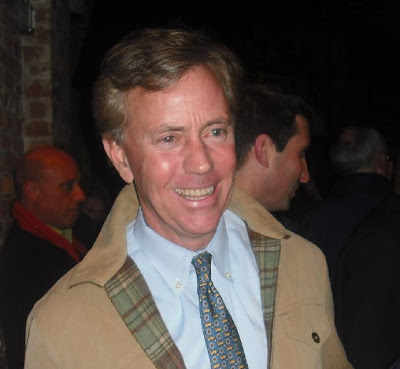 Last night at a small-dollar fundraiser at Bar in New Haven, gubernatorial candidate Ned Lamont met and spoke with his supporters.

It was a bit nostalgic for many of us in the blogging community to hang out with Ned at a campaign event, and his dedication to public service remains obvious to all who attended.

While speaking to the crowd, Lamont discussed the economic crisis facing Connecticut, and how the lack of leadership at the top has contributed to the mess we're all in right now. Discussing a quote directly from state GOP chair Chris Healy, Ned mentioned that if Connecticut has been an "economic dead zone" since 1991, as Healy claimed in this article in The Everyday Republican, it coincides with the first year of a non-Democrat in the Governor's office.

And it's been that way ever since. Amazingly, even Chris Healy seems to conclude that without a strong Democratic leader as Governor, the economic situation in Connecticut won't likely improve any time soon!

I've heard that disgraced Republican ex-Governor John Rowland didn't take kindly to Healy's remarks, which is no surprise since it implies he was at fault here, along with Rowland successor Jodi Rell.

Lamont obviously possesses the business acumen that Rell sorely lacks, and having a successful entrepreneur in the state's highest executive office might be a good thing for a change. 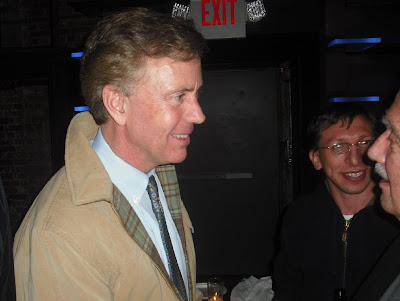 Whoa....is Ned suffering from AIDS? the pictures are disturbing at the very least. Ahhhh, a little (ahem) back room politicking) jeeze bobby your content is getting lame. tsk tsk

You are a dick.

Lamont's a jogger, you know, one of those people who take their health very seriously. Much like Dick Blumenthal; who, if Dodd decides not to run again, will be our next senator.

You just keep on dreaming, douchebag...you idiots will never pick up that senate seat here in Connecticut. Do yourself a favor and move to South Carolina; they love ignorant, foolish, uneducated hicks down there.

(I could have just deleted your comment, but sometimes it's just so much more fun to rant!)