Broadwater: Dead in the water 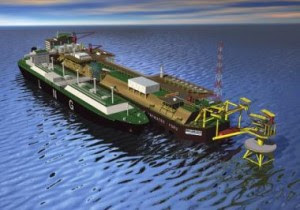 After four LONG years, the Broadwater Energy proposal for a liquid natural gas plant in Long Island Sound look to be over as the US Secretary of Commerce released their long awaited ruling on the project today...and gave it a thumbs down.

The decision backs Gov. David Paterson, who last year turned down the LNG, a joint venture of TransCanada and Shell.

The energy companies tried to drum up local support in recent weeks by visiting leaders in Connecticut and Long Island, but apparently to no avail.

The Citizens Campaign for the Environment released the following:

"In this modern day David and Goliath battle, there were thousands and thousands of David's, who fought the corporate Goliath of our times-Shell Oil, and won," stated Adrienne Esposito, Executive Director, Citizens Campaign for the Environment, "When the public speaks with one voice, its more powerful than corporate millions."

The Anti Broadwater Campaign (ABC) began in early 2005, with environmental, civic, community, fishing and boating organizations from New York and Connecticut. This began one of the largest, most far reaching grassroots efforts in NY and CT history. The public sent over 60,000 hand-written letters to federal, state and local leaders. 100,000 members of the public signed petitions in opposition and thousands turned out at public hearings and anti Broadwater rallies.

In April 2008, Governor Paterson announced that New York State would NOT support Broadwater and found the project inconsistent with the current uses of Long Island Sound as defined in the Coastal Zone Management Act. Broadwater Energy appealed to the federal government to overturn NY's decision. Today, Secretary of Commerce Gary Locke announced that he is upholding NY's ruling.

"This victory is for state's rights. It's a victory for the protection of Long Island Sound, and most importantly, it's a victory for the public. Even if Shell Oil continues the battle in court, it will be tied up for years to come. This chapter has closed, and the public is clearly left with the critical message that we can win and our voices matter. A unified public can take on Big Business and Big Money and win. It's exhilarating to know that democracy is alive and well in America," added Esposito.

Did anyone here ever understand what on earth they were trying to do?

Identical schemes are going in elsewhere; a little further away from population centers; and they're moving right along without so much as mention anywhere.

What were these Broadwater people thinking?

Honestly, I don't really know why they even NEEDED the gas barge; they already have a pipeline that goes right through my town, and there's no question they can add another if needed, or enlarge the existing one. The environmental impact of the original pipeline nearly decimated the local oyster industry, but I can only imagine what that ridiculous monstrosity would have done to the rest of the Sound's health.

One would question the wisdom of eating oysters taken from LI Sound in the 1st place; but that's another matter.
The broadwater device struck me as a perfect target for some terrorist and thus a lousy location.

Personally I hate oysters, but people see to love 'em.

Yeah, regarding it being a target, just watch the last five minutes of "Syrianna" if you want fodder for nightmares.