How to strengthen ALL marriages 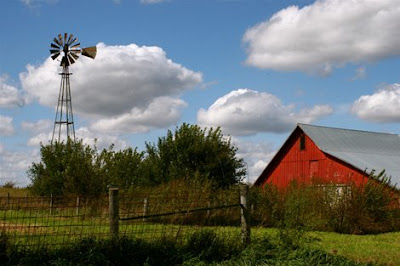 As outrageous as it may sound, heterosexual families will become stronger and stronger as more states follow Iowa's gay marriage ruling. Gay marriage will reduce the number of divorces caused by fraudulent marriages, ensure that more orphaned children grow up in stable homes, raise the standard of living for children with gay parents, make neighborhoods safer for families, and boost the economies of struggling communities.

To me, the argument that by allowing gay marriage the courts and legislatures are threatening the "institution" of marriage has always sounded like a hollow excuse for homophobia and discrimination. The debate often sounds reminiscent of 1950s segregation apologists, who claim that "separate but equal" was the only way to "protect" both races from utter annihilation.

We're living in a time of social change that is as inevitable as all those major changes which have come before. There's no doubt that eventually, over the hue and cry of the strict religionists and the bigoted, the choice of whom to marry will be left up to those who are actually making the commitment themselves, not those who wish to dictate the behavior of others to fit their own beliefs.

I still say get the government out of the marriage business and all will be better off. The whole social arguement would then be laid to rest. It's going to happen sooner than later anyway, especially when the next agrieved group starts suing. I mean how can the state deny marriage benefits to those in say 3 person relationships? The arguement that the state can set 2 comitted individuals are the standard for legal reconiztion can not possibly hold against the tide of court rulings. Sooner or later a polygimists lawsuit will be ruled favorably by a judge. I personally couldn't care less about what people do in their homes or relationships. I am only pointing out that the government would be far wiser by just walking away from the whole issue. It is a time of great social change, at this point state sanctioned marriage may in fact have run it's course. Marriage is a religous issue anyway it is a statement of commitment before God. All of the legal benefits have been added through the years and quite frankly need to go bye bye now.

Again, assuming that the courts don't outlaw marriage altogether, if we allow two legally-competent adults to marry, then the law should extend to ALL adults. A right is a right is a right, just like voting, owning property, paying taxes, or applying for a fishing license.

If the law is changed to allow MORE than two persons to marry, then you have a point with your polygamist statement. But as it stands right now, marriage (despite its religious origins) is a legal contract between two people, and that should mean ANY two people, regardless of race, creed, color, sexual orientation, or favorite sports team (although, I'd never have married Joyce if she was a Yankees fan!)