Myths and Facts About Healthcare Reform 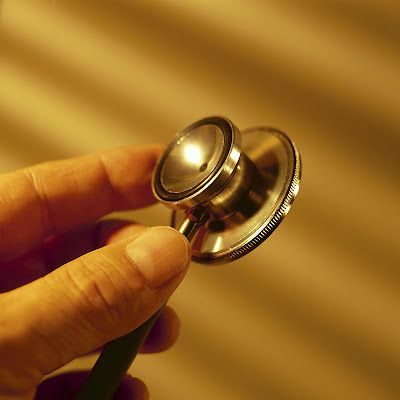 I love Media Matters as much as the next blogger, but their detail can sometimes cause MEGO. They have a terrific analysis of myths and facts about health care reform -- here's the Cliffs Notes version.
1. There is no healthcare crisis. No, as long as you have insurance and stay healthy. Ask anyone who can't afford insurance or to pay co-pays or deductibles -- it's a disaster.
2. Reform will cause rationing. See number 1. I tore up three ligaments in my knee 2 summers ago and had to wait 3 days for the MRI to get approved. And that's with "good" insurance!
3. Reform creates death panels. Maybe in Sarah Palin's fantasy world, but not here on planet earth.
4. Reform will cover illegal immigrants. Horrors! It doesn't -- but since undocumented children attend public schools, do you want to deny care that includes the Swine flu vaccine or other health care that would protect all children?
5. Reform will raise taxes. Which would you prefer? A small increase in taxes, or unrestrained increases in premiums for your health insurance? I would much prefer a small, controlled increase in taxes versus the 35% increase in premiums many are facing.
6. Reform will add more than a trillion dollars to the deficit. The numbers are all over the place, and predicting health care costs is like predicting lottery numbers. I'll admit, this is the part that troubles me most, but after all the deficit spending the Bush administration supported for projects that did not benefit all Americans, I am not nearly as troubled.
7. Co-ops are a good substitute for a public option.
8. Obama really wants a single-payer plan.
9. This is socialized medicine.
No, no, and no. Obama said if he were starting a health care system from scratch, single payer would be attractive, but it ain't happening here. A public option is essential for genuine competition to private insurers to get their administrative costs down.

Many of the challenges to health reform proposals are simply made up, and in the right wing ech0 chamber, they are repeated often enough that they "become fact." Visit Media Matters for the detailed rebuttals and links.
Posted by Kirby at 8/29/2009 07:14:00 AM

Here's one that's a fact. The plan gives 10 billion dollars to union pension and benefit plans. Why do we need or want to do that.

We don't. I'd like to see the section of the bill where that is included.