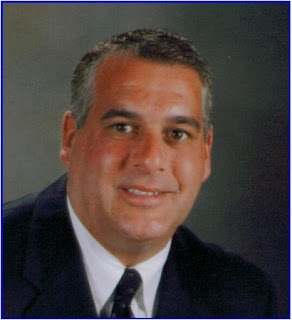 “People are supposed to be working, not doing other things,” Picard said. He added the city is in the process of restricting Internet access for employees in an effort to cut down on people surfing the Net on the clock.

The creator of the blog, Robert Symmes, says the move amounts to blatant censorship.

“I think it’s simply because Picard does not want my personal viewpoint available on city computers,” Symmes said.

Symmes's blog is frequently critical of the mayor and his administration. Symmes claims that other blogs, including this one, was available to computers on the city network for a time after his blog was banned.

Mayor Picard already experienced a controversy this year, when he briefly dropped his bid for reelection, and then promptly flip-flopped on that decision with little plausible explanation.

My guess is that Picard didn't like what Symmes was writing and decided to block his site from the city network. When we started reporting on this story, the mayor needed to go back and block all blogs in order not to appear heavy-handed in his censorship. Somehow I'm sure there's a way to determine if Symmes was singled out for banning before Picard apparently took steps to cover up his treachery.

The issue of blocking blogs, social networking sites, and media sites is a very tricky thing. Too often, a political blog may be banned while an obviously partisan media website will still be allowed. Censorship of this nature is nearly impossible to enforce fairly, which means you should either allow all of them, or block literally >everything that isn't a city-related website.

Plus, the mayor apparently has a Facebook page for discussions and events. Should we assume that it will be blocked also?
Posted by CT Bob at 9/06/2009 11:04:00 AM

Blocking ALL non-City websites could be problematic.

To give but a few examples, the Tax Department has to email documents to bankruptcy court (sadly, an almost daily occurrence these days); The clerk's office uses a website to access computerized land records (as does the Building and Assessor's office); the Registrar (and clerk) access the state voter database through Internet explorer.

Not so cut-and-dried, as I suspect Mayor Picard has discovered.

The mayor's a bit of a douche bag isn't he?

I can't say for sure, but there's definitely a whiff of vinegar in the air.

From my direction in the wind, it's more than a whiff....

I truly wish West Haven had a REAL republican party...SOMEONE needs to keep these guys in line!