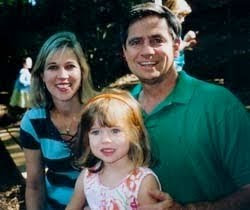 Today Ned Lamont traveled to Pennsylvania to give his support to Congressman Joe Sestak (PA-07) in his campaign to unseat Arlen Specter. Specter, a longtime Republican who, when he realized he would likely lose the GOP nomination in the primary, became a Democrat out of necessity. Specter even admitted that the reason he changed parties was so he could remain a senator.

Hmmm...who does that remind me of?

While the Obama administration welcomed Specter with open arms, there is increasing skepticism about Specter's ideals and beliefs. This is not shocking at all, given the way Obama and the Democrats welcomed Joe Lieberman back into the party after several years of doing almost everything possible to defeat the Democrats. Vice President Joe Biden, a close friend of Specter's, is working to raise funds for the long time senator.

As an aside, I truly detest the concept of "friends" in politics. An elected representative has only one duty, and that's to do the will of his constituents. If you want a friend, get a dog. You're in DC because we want you to make good laws, not buddy up with people who actively work to undermine the will of the people. Why can't politicians get that through their heads?

Save your friendships for when you go bowling or want to hoist a few beers. But leave it out of politics. This isn't personal, it's business. The business of the American people.

Anyway, Rep. Joe Sestak has a solid resume and a tremendous record of service to our nation. Besides his terms in Congress, he was a career Navy officer and 3-star admiral, and served in the White House, Pentagon, and in operational commands at sea. He is the highest-ranking former military officer ever elected to either branch of Congress. Visit Sestak for Senate to learn more.

Given Lamonts record and all.
I so wanted to see Arlen Specter take a dive too.

Whaddaya talkin' about? Ned has a perfect record when it comes to winning primaries against fake Democrats! Sestak's got this one in the frickin' bag! LOL!

Don't worry ACR, you'll soon have Specter slithering back over to your side when he's free to be a Fox News pundit!

Oh no - we don't want him losing a primary; it's quite important that he be the Democratic candidate next year.

Mentioned you in this one: http://donpesci.blogspot.com/2009/10/lamont-slaps-spector-with-bottom-of-his.html