Joe pushes Climate Bill; this will kill it for sure

Repost of an article by Josh Nelson at FireDogLake. I can't help but see the appearance of Sen. Joseph Lieberman to supposedly try to help pass meaningful legislation regarding climate change is sort of like expecting to have a long and fulfilling life when witnessing the Four Horsemen of the Apocalypse galloping up your driveway!

In other words, it's probably not a very promising sign.

Read the article below; or better yet, click on the link above to read it on FDL because it has a ton of links that I don't have the time to repost here: 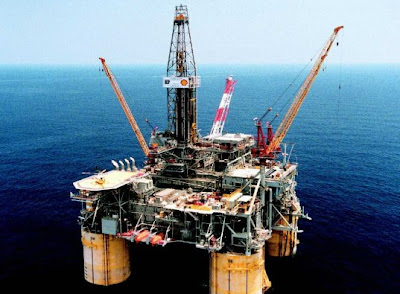 Prospects for Senate passage of climate change legislation this year were already slim, but this development may be the nail in the coffin:

While the fact that Senator Lieberman lends his name to the Kerry-Lieberman American Power Act may relieve some casual observers, he will almost certainly advocate an energy-only approach. As Chris Bowers notes, it is hard to imagine Senator Lieberman pushing for the progressive approach here. For a preview of how he’ll justify his decision to think small, we can look back to his remarks on the subject six months ago:

"I don’t think the Senate has an appetite for another such epic, polarized legislative war this session," said Sen. Joseph I. Lieberman (I-Conn.), who met with Sens. John F. Kerry (D-Mass.) and Lindsey O. Graham (R-S.C.) on Wednesday to strategize on how to enlist support for a compromise climate bill they are writing.

Now, I’m increasingly convinced that a bill that doesn’t explicitly address climate change is the best path forward this year. As unfortunate as it is, the United States Senate simply is not in the right place to do what needs to be done: put a price on carbon. Even the Kerry-Lieberman effort to lure Republican support by incorporating many Republican ideas into the legislation fell flat, failing to attract a single cosponsor. I’d be happy with a bill that made investments in clean energy and efficiency, while also holding BP accountable and tightening oil industry regulations. I’d be even happier if they moved a bill like that and allowed amendment votes on implementing a Renewable Electricity Standard, banning offshore drilling, making major investments in high speed rail and providing federal grant money to innovative transit solutions.

Lieberman, an independent Democrat from Connecticut, was asked to work with Sens. Jeff Bingaman (D-N.M.) and Max Baucus (D-Mont.) to find a compromise.

As David Dayen has repeatedly explained, Bingaman’s ACELA package that passed the Energy and Natural Resources Committee last year is quite possibly worse than the status quo. It is the weakest form of energy-only legislation currently on the table, and it more closely reflects something you’d expect Republicans to put forward than what you’d hope to see from Democrats.

And Max Baucus, as evidenced by his role in the health care debate, is just about the last person you’d want to get input from on something this important. He seems more interested in slow-walking legislation for the sake of the appearance of bipartisanship than actually addressing problems. On top of that, Baucus has never shown an actual interest in or understanding of taking serious action on climate change or energy.

Meanwhile, there are several Senators who actually understand the scope of the problem and have worked for years to address it:

Senator Boxer was squeezed out of negotiations last fall after Republicans in her committee orchestrated a massive temper tantrum and failed to show up for a vote.

And Senator Merkley is outlining a proposal today to significantly reduce demand for oil.

It isn’t clear why these three Senators — folks who actually have good ideas on the issue — aren’t being asked to help plot out the path forward.

Putting Joe Lieberman in charge of plotting the path forward, and instructing him to do so with the input of Senators Bingaman and Baucus, is a surefire recipe for screwing up a rare opportunity to move decent legislation. When Lieberman botches this, Senator Reid will share the blame.
Posted by CT Bob at 6/14/2010 06:42:00 PM

I would think that the senate would be wise to be very careful with this legislation.

We have an effective unemployment rate of 20% with a hard rate of 10%. Jobs are not being created now. It would make far more sense to first get people back to work with permanent jobs.

At least if the people have jobs, they may be able to pay for the inevitable $6 a gallon gasoline, the God knows how expensive heating oil and the massive increase in food and other goods that a carbon tax will create.

If the intent is to have people use less fossil fuels, the only way to do that is to make them much more expensive. Politicians should be honest and upfront with the people.

In his address tonight I hope President Obama is very clear on what the cost could be. No longer can he point to Europe and say it works there. Europe's crumbling economies COULD be our fate if ill thought legislation is passed.

I just don't trust Lieberman at all. He equivocates and vacillates all the time. I just saw this great video which expresses what I think is a common sentiment of frustration with Washington, and Democrats specifically: http://www.itsasickness.com/lounge/adam-mordecai-obsessed-democrats-spine.