Supporting the Constitution: How Quaint! 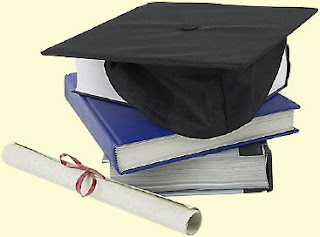 Fittingly, on Memorial Day, Judge Janet Hall ruled that holding public school graduation ceremonies for the Enfield board of education in a church violated the Establishment clause of the first amendment of the Constitution. Fitting to honor the memory of the brave men and women who gave their lives defending that Constitution.

Read the ruling here. What may, at first blush, appear to be a choice of convenience -- looking for a facility large enough for students, family and friends, and meeting budgetary requirements -- the choice of The First Cathedral was pushed by the Family Institute of Connecticut, who lobbied the school board after the board voted six to three to "bring the kids home" with graduation ceremonies at the schools.

The ruling provides an account of the pressure brought by FIC on the school board. Alternative venues were less expensive and in a year in which the board is closing schools, it seems that spending more money on graduation in a Cathedral than it would cost in Springfield Symphony Hall ($5000 less) is unjustifiable.

But it gets even more entangled when the Enfield schools described the items that would need to be removed or covered to secularize the Cathedral for the graduation ceremonies. Judge Hall points out that this is an inappropriate use of the state to interfere in the practice of religion by modifying a place of worship. The ruling states,


"In Establishment Clause cases, '[i]t must not be forgotten . . . that while concern must be given to define the protection granted to an objector or a dissenting nonbeliever, these same Clauses exist to protect religion from government interference.' ”

This is not to pass judgment on the First Cathedral. For persons who choose to worship there, I am confident they receive their God's blessings in accordance with their faith. But no young adult should be forced to attend a once-in-a-lifetime ceremony that celebrates their achievement in a public school by entering a church that clearly espouses religion they may or may not believe in.

I am just tickled pink that you used the word "quaint". It is a truly great word.