I was up at Quinnipiac University today, and I found the actual "Q-Pole"! 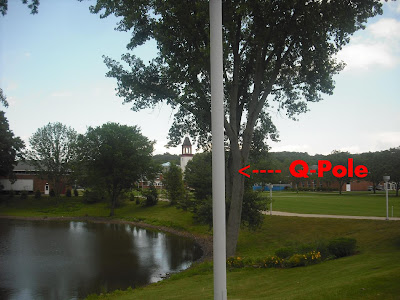 Should the next senator generally support Obama policies 53/37
Suck it, teabaggers!

(Hey, even my word verification code is funny!)

Thanks, I'll be here all week. Try the veal.

I don't get to see the word verifications you have to type, but from what I've seen when posting on other blogs, they often display a tendency for accidental irony.

That last one was "capon"

As in
Castrated Rooster.