One week until the State Democratic Convention

Starting on May 19th, Connecticut Democrats will meet in Hartford to nominate candidates for some very important state and national races. 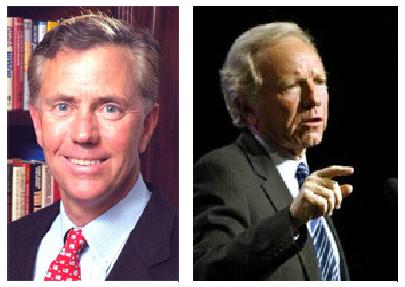 Probably the race that will gain the most notice on a nationwide basis is the challenge Ned Lamont is mounting for Senator Joseph Lieberman's seat in Washington.

The most important issue for Connecticut Democrats (according to polls) is our country's involvement in the Iraq War. The majority are in favor of getting our soldiers back home. Ned Lamont believes we can get out of Iraq and still help the new government get on it's feet. Joe Lieberman seems to be sticking to his "stay the course and trust the President" refrain, while every day more Americans lose their lives in this senseless conflict.

Speaking of which, local blogger Scarce has posted a very moving video tribute called "Bring Them Home - Connecticut's War Dead". Give it a watch and then think about the awful cost of this war.

There's also a close race to see who is going to challenge Governor Rell for her seat. New Haven mayor John DeStefano and Stamford mayor Dan Malloy are battling for the Democratic nod.

I'm in Milford, CT, let me know if I can Help Ned Lamont. Because Joe is one of the People I personally think is not doing his job. Despite the way he votes he hasn't provided oversight therefore he should resign and support a canidate with some backbone.

I will never vote for Joe again because of his unwillingness to ask for the truth and his voting record. If it comes to Joe or a Republican I will probably vote for the republican at least that way when the democrats are counting there votes on issues they won't get submarined by Joe.