Today I went down to the local Democratic Registrar's office to get my petition form certified so I can start collecting signatures for Ned Lamont.

While I was there, the Registrar (who was extremely nice and very helpful) printed out lists of Democratic voters to enable me to go door to door. Then I asked a question about my current party affiliation. 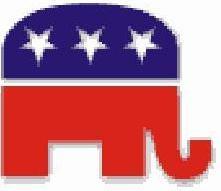 You see, nearly 30 years ago when I first registered to vote, my father advised me to register as a Republican. I didn't think one way or another about it, because I knew I'd almost always vote Democrat.

The one notable exception I can think of is the 2000 election, where I voted FOR Gore/Lieberman for President/V.P., but AGAINST Lieberman for U.S. Senate because I was pissed that by his running for both V.P. and Senate reelection at the same time, if he became V.P. and had to resign his seat, Rowland would have been able to appoint a Republican in his place. If he resigned BEFORE the election, a Democrat would be able to fill his seat.

Going into the election there was a 50-50 split in the Senate and Lieberman would have been the tiebreaker as Vice President, so all other things remaining the same, if Gore/Lieberman won, it would have given the Republicans a majority in the Senate. An example of Lieberman's desperate selfishness, where he would have sacrificed a Democratic seat to hedge his bet on the election.

We all know how well THAT worked out.

So I voted for whatever Republican sap was running against him. As a protest. Because I was pissed off at him.

But that was the only time I could think of that I voted for a Republican candidate.

And I once voted for Lowell Weicker when he ran as an Independent for Governor.

We all know how well THAT worked out.

So anyway...because of years of laziness and procrastination, I never got around to changing my party affiliation. Until about 6 weeks ago, when I learned that in order to vote for Ned Lamont in the primary, I needed to be a registered Democrat. I went down to Town Hall and filled out the card.

Unfortunately, the fine print says that when you CHANGE parties, there is a three month delay before you get full party privileges. Including, apparently, the privilege of collecting signatures for your new party.

The Registrar said she'd check with the Sec. of State, and she'll contact me as soon as she finds out for sure, but it looks grim. If it turns out I'm not eligible for the petition drive, not only will any signatures I collect get thrown out, but also those people won't ever sign a valid petition because they'll think they've already signed one. Shit. 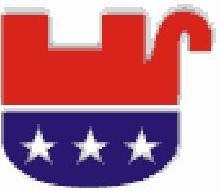 So, yeah, that's my little snafu. I guess I'll have to contribute to the campaign in other ways, which I'll continue do with gusto.

But I'm also pointing a finger at myself, saying "You stoopid ass."

UPDATE: Yeah, it's official. The Registrar called back and the Secretary of State confirmed that I can't collect signatures. Natch.
Posted by CT Bob at 5/02/2006 11:37:00 AM

Do you remember who Rowland was most likely to replace Lieberman with, after his ascension to the Vice Presidency?

At least that's what I heard.

Bob, perhaps I can collect signatures with you in your neck of the woods. I'll circulate the petition, and you can show me around and do some of your smooth talkin'.

I spoke to Ryan McLoud (4th dist) yesterday, and he's going to check with Eddie Vale (3rd Dist, where Milford resides) and see who is collecting signatures here. I guess Eddie is busy setting up the New Haven HQ, according to Ryan, so it might be a day or so before he gets back to me.

So I'll keep you posted on what's happening with that. And thanks for the offer!

Isn't it funny that the waiting period to buy a gun is only 3 days, but to change political parties it's 3 months? Does this send the wrong message to people looking for ways to express their dissent?

Neal, heh heh! I agree with you on that.

But I can see why they require the interval for changing parties; thousands of Lieberman Republicans could change their party the day before the Democratic primary, then change back the day after they vote for him. They LOVE their Lieberman.

So I don't mind that it ain't as easy as buying a gun. I just wanna know why it takes two weeks for the cable guy to get here!

PLEASE just make absolutely certain that the sigs you gathered are taken up by someone else! Thanks for your great work here.

Anonymous, no problem; I didn't get any sigs yet because first you need to get the petition certified by the local Registrar. That's when we determined that I am temporarily "Democrata non grata".

I always thought that you stick with the team were on. I remember when I was a child a few yrs ago. Lieberman wanted to hold on to 2 seats, are you allowed to do that. I'm new to this. that show he dont care about a party, its all about him not losing his job. he been in office for 18yrs or more. if he didnt do nothing in that time. whats going to make me believe him now.
aug 21 06