Actually he said no such thing. 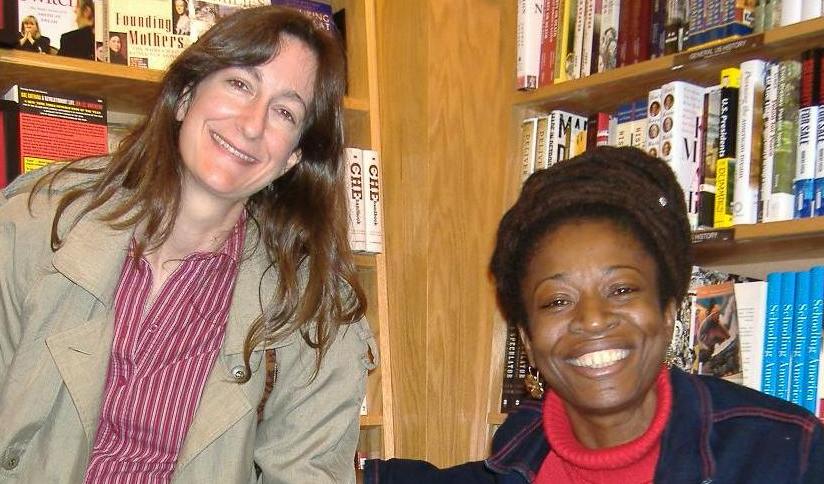 What he really said, related to me by Liz Dupont-Diehl (Lamont Campaign Media Coordinator, at left in photo), was that my 10-minute tape of the interview of Hartford social activist Murva Jackson "...was fine..."; except for the annoyingly loud jazz piped throughout the store that was picked up by the mic. However, he did report that my hand-held mic helped with making it possible to hear Murva at all.

Robert Greenwald, of course, is the big deal Hollywood producer who made the Ned Lamont 10-minute fund raising video. I taped the Murva Jackson interview for possible inclusion in the project, and while it's a good interview, it didn't match the tone and pace of the Lamont video. It may be used for a future project.

Check out the picture you took at http://www.bartcop.com/

scroll down a bit and you'll see it.

Nice, but you should have identified Ned Lamont in the photo. People who don't know Ned will think the tall skinny guy on the left is a lowly blogger.

Apropos that Ned is "on the left"!

And how 'bout a plug-eroo for ol' CT Bob? Heehee!

How do you find out all about computertodays? To help you in your quest, we have researched and collated a whole lot of information and resources right here.