If it was me, maybe I'd stay there 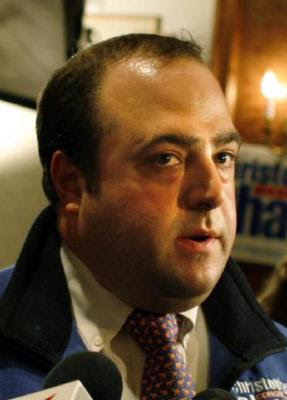 This is a weird and sad story.

A grand jury has subpoenaed Chris Shays' former campaign manager, Michael Sohn, in connection with the possible embezzlement of roughly $300,000 in campaign funds. Currently, Sohn is in the Himalayan nation of Bhutan on a delayed honeymoon, and is out of touch. He's expected back on December 26th.

Things are not going to be pleasant for Michael Sohn when he returns. The Connecticut Post reports that several state Republicans believe that Sohn used the money for gambling, and there may have been ATM withdrawals at the local casinos. 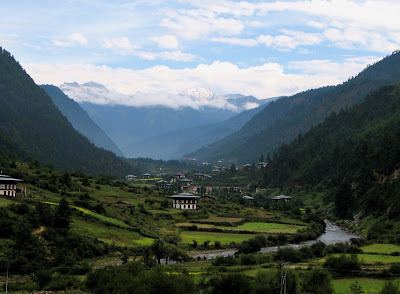 Bhutan is located in one of the most isolated mountainous regions in the world. Their culture is still largely traditional, although in recent years tourism has become a source of income. The mythical realm of "Shangri-La" is said to be largely based on Bhutan. Life is simple and at times requires hard work, but the people apparently are very happy there.

I don't know if Bhutan has an extradition treaty with the United States, but if it doesn't, I can certainly think of worse places a person could camp out for a while.

The king of Bhutan tries to promote inner happiness as the main national goal, rather than economic issues:
http://www.grossinternationalhappiness.org/gnh.html
Might have worked until they opened the borders to tourism. Westernization spreads like measles.
oldswede

I recently read that same thing in a back issue of Nat. Geo., and like you, was a bit saddened to see Bhutan being "westernized". Hopefully their benevolent king will succeed in balancing the inevitable spread of "western" culture with traditional values.

I'm ambivalent about the king-thing though. This would be a policy for governing our Repubs could happily adopt, too: "Don't worry, be happy" and let us handle the rest. Better than endless fear-mongering, I suppose, but I'm suspicious of royalty.
oldswede

Isolated? Really? Isn't that where Burger King is testing their Big Whopper against Mickey's Big Mac? Or is it the other way around. I don't know. I just hit the remote on that one. J.C. Sr.