Why are they polling this? 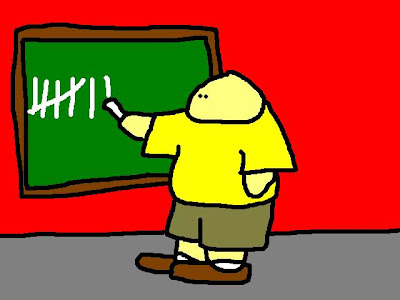 Is the Quinnipiac Poll going through some kind of post-election withdrawal? In an obvious effort to stave off the onset of the winter blues, Q-Poll has included in their latest approval poll the following question:

Now, they posed this question to 834 New York State registered voters. I think they could have saved themselves a lot of time and effort by simply asking one person whom he will choose.

Because his is the ONLY opinion that really matters in this case. Caroline Kennedy, Andrew Cuomo, Kirsten What's-er-face, and "someone else" aren't running for election. They are running for appointment. The only person they need to poll is Gov. Paterson. This isn't a case where the will of the voters is a deciding factor.

Then again, I've always had a love-hate relationship with the Q-Poll. I feel their polling is top-notch and usually very good. But sometimes their insipid analysis of the results annoys me. I really wish they'd stick with the numbers and let the readers draw their own conclusions.

(Maurice Carroll, director of the Quinnipiac University Polling Institute) "Ask the question two ways: Should the Governor appoint Ms. Kennedy? New Yorkers give her a narrow lead over Attorney General Andrew Cuomo. Will he appoint her? Heavily, the answer is 'yes.'"

This is what I'm talking about. It almost gives the impression that they are rooting for Caroline Kennedy to get the seat.

I think characterizing a 13% margin of approval as CT voters being "not in love" with the idea is absurd; along with calling it a "bare majority", while being technically correct, is certainly misleading in tone. I can't help but feel there's a chance that someone's personal views are coloring the opinions expressed about the polls.
Posted by CT Bob at 12/23/2008 03:19:00 PM

And again I ask:

(b) Who paid for this poll?

Bob Symmes asks an obvious question, but one we'll never get an answer to; who did pay for this poll?

The whole situation is rather clear I think.

Given a totally different set of circumstances where the prospective appointee was a member of a major Republican dynasty seeking such a vacancy position from a Republican Governor - well it's no brainer.

Patterson can avail himself the benefits of one of the top 2 or 3 political money machines in the country; or not.

It thus comes down to;
`Do you want stay Governor?'

It's basic human nature.
I'd be surprised if Caroline doesn't receive the seat.

It's possible that Q commissioned their own poll, since they claim to "conduct public opinion surveys in New York, New Jersey, Connecticut, Pennsylvania, Florida, Ohio and nationwide as a public service" and for research.

But I haven't found out anything specific on this poll, so I don't know.

Gee ACR, if I didn't know better, I'd think you actually wanted to see Caroline get the seat! :)

>>if I didn't know better, I'd think you actually wanted to see Caroline get the seat! :)

I'd rather see it go to Jack Kemp; but that seems unlikely.

Seeing as it will go to a Democrat, and Sharpton isn't trying for it (I have my reasons, but he would please me more than any other NY Dem that comes to mind) and Caroline hasn't been playing politics all her life; she would be fine and a heck of a lot more attractive to this Republican than anyone named "Cuomo".

Besides; one thing's for sure; you can't possibly bribe a Kennedy.