"It's a *bleeping* valuable thing!" 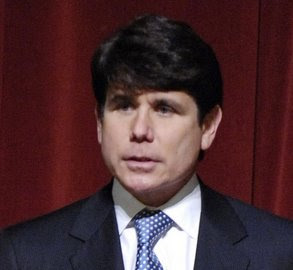 I hate that I now know the Illinois governor's name. I hate that I can even pronounce it properly. (bluh-GOY'-uh-vich)

I hate that ANY elected official does this kind of thing, let alone a Democrat.

I hate that several other Democrats are likely to get swept up in this awful scandal, possibly including Rep. Jesse Jackson Jr.

I hate the fact that Blagojevich is threatening to fight and hang on to his seat, despite both President-elect Obama and Illinois Sen. Dick Durbin calling for him to step down.

I hate that Blagojevich can still legally appoint anyone he wants to Obama's old seat, regardless of whether he's guilty or not, until he leaves or is removed from office.

I even hate Blagojevich's *bleeping* wife!

I hate that the wingnutosphere is salivating at the prospect of hanging this scandal around Barack Obama's neck before he even takes office, not unlike the extended (and fruitless) investigation into the Clinton's involvement in the Whitewater scandal that tied up the first few years of his presidency.

And last but not least, I hate that Blagojevich stole his absolutely awful hairstyle from Javier Bardem! 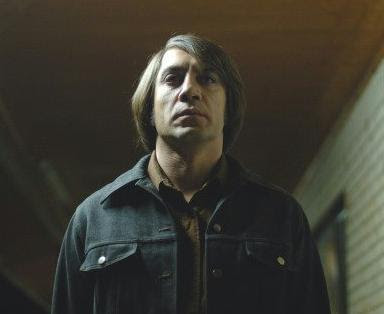 The only thing I DO approve of in this whole mess is how Patrick Fitzgerald uses the word "bleeping" when reading the transcripts of Blagojevich's statements aloud, rather than the clumsy and rhythm-killing phrase "expletive deleted" that was so popular during Nixon's day. The use of "bleeping" really brings the mob boss-mentality of Blagojevich's words alive.
Posted by CT Bob at 12/10/2008 03:04:00 PM

john mccain used "bleeping" on letterman. maybe we should have voted him in!

Between this idiot and Chris Dodd; it's nice to not have to see anymore crap about Rowland.