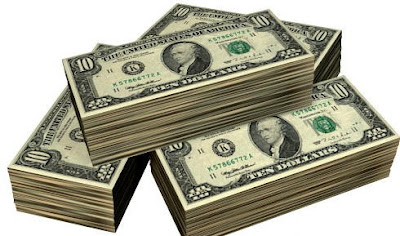 First of all, I want to mention that this story is in a very preliminary stage, and it appears that Chris Shays wasn't at all involved in what the Hartford Courant is reporting as "some kind of financial fraud during the course of the campaign."

The Courant story goes on to say:

The announcement (by the campaign) was vague about the circumstances, only saying that the work on the $3.6 million campaign's final financial filings demonstrated "a series of anomalies." Those anomalies were apparently discovered by campaign treasurer Ralph DePanfilis and finance director Kathleen Pierce and focused on a specific former employee.

This seems to suggest that the fraud was perpetrated by a single employee and wasn't some kind of coordinated effort to misuse the funds, as many have suggested may have happened during the 2006 primary campaign by Sen. Joseph I. Lieberman.

Lieberman's campaign, you may recall, reported a total of $386,000 in "petty cash" for the period ending with the primary. Any funds classified as petty cash are essentially untraceable and the money remains unaccounted, except as a total figure. Other senate campaigns typically report amounts under several hundred dollars during a comparable period, usually for office supplies and such. A third of a million will buy you a shitload of stamps!

It'll be interesting to see how well the Shays campaign's financial dealings are investigated, especially when considering that people may have left Lieberman campaign offices with their pockets literally stuffed with $50 bills, destined for parts unknown. We're still waiting for someone to investigate that one.

Also, consider how if someone from the Senator's campaign makes up a false charge about someone hacking into their poorly designed and inadequate website, you get FBI agents swarming all over the place. Who then wrap up their investigation within weeks and neglected to inform anyone, including those who were slandered by the false charges. But as far as I know, there hasn't been more than a cursory glance at Lieberman's campaign fund irregularities.
Posted by CT Bob at 12/05/2008 03:45:00 PM

you know, there is more to life than lieberman...

But he is responsible for so much evil. As Gail Collins said in one of her columns, "Joe Lieberman ruined everything."
Starting with backing down early on the 2000 Florida recount, he has been a one-man wrecking crew for the US. His commitment to endless war in the Middle East is unforgivable on its face and there are just so many more acts of calumny and deceit. He has brought so much shame to Connecticut. When Americans go abroad, they are blamed for Bush. In the US, we from Connecticut are blamed for JoLie. We need to stand up for ourselves.
oldswede