Tonight former Speaker Jim Amann made it official and announced his run for governor. Here's some pictures, and I'm hoping to have video up tomorrow, but something went screwy with the data transfer from my camera, so I might have trouble with it. 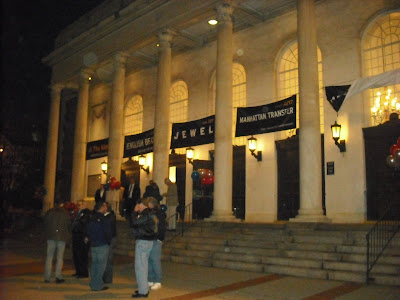 The Klein Auditorium before the event, which hosted what I estimated was roughly 500 people tonight. 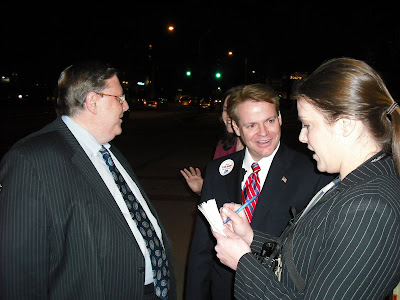 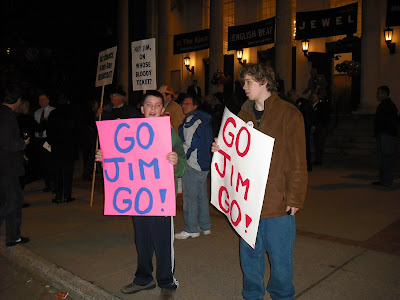 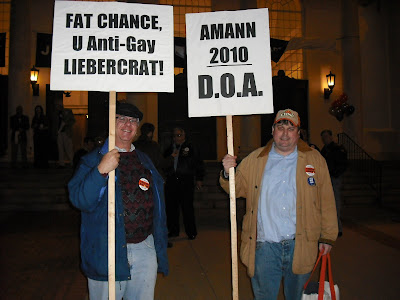 Several not-as-young Jim Amann non-supporters holding signs. They might or might not be members of the Connecticut For Lieberman Party, I don't know. 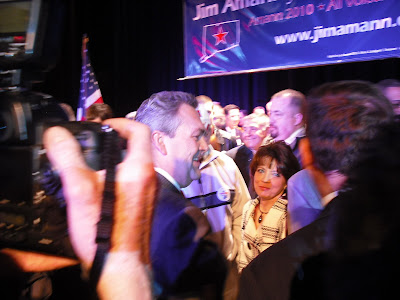 After the announcement, Jim asked his supporters to come up on the stage with him. 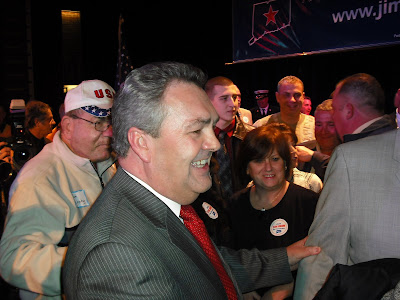 Amann pressing the flesh and greeting his supporters. 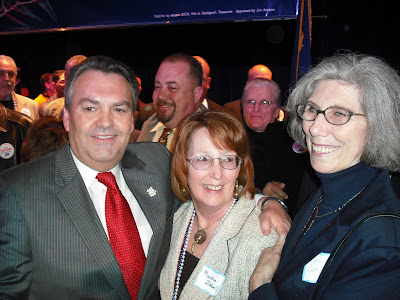 I was surprised to see "Amann2010" on his banner, right above the "jimamann.com" URL. I have a picture of it, but it's kind of blurry. I'll bet there's going to be a spike in hits at the Amann2010 website.

Has Caruso put on even more weight?

Scooper needs to start jogging again, interesting verbage on the sign beside him, that his limousine liberal pal, Jon is holding.

Click on that picture and check out the hat that Scooper is wearing.

>>check out the hat that Scooper is wearing.


Way ahead of you; saved that one as soon as you posted it.
Thanks for the high res BTW.

I can have him protesting anything I want with that sign he's carrying.


I might have his sidekick working for NAMBLA sometime; just don't know where to post that yet....
.....so many photos, so little time.

If you do I wil sue you.