What Connecticut will get 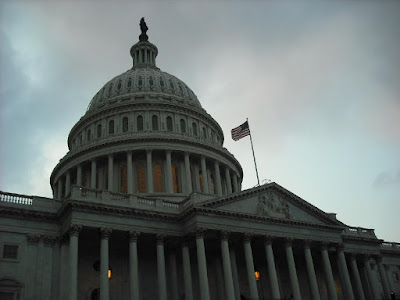 According to the Hartford Courant, the Economic Stimulus package will deliver about $3 Billion to Connecticut:

•$1.3 billion into the state's Medicaid fund.

•$545.8 million in fiscal stabilization money, meant to backstop key services, keeping such professions as teachers, police and firefighters from layoffs.

•$302.1 million for highway and bridge construction.

•$97.1 million in Title 1 grants and school improvements for districts with low-income students.

•$45.9 million for the development of alternative energy resources.

•The bill also gives tax breaks to an estimated 1.35 million people in Connecticut ($400 per individual or $800 per married couple) and a one-time $250 payment to people struggling the most, such as disabled veterans and retired and disabled people on Social Security.

The measure is designed to create 41,000 jobs in the state, increase unemployment benefits for 278,000 workers, increase the limits for educational Pell grants and provide a $2,500 tax credit for college to an estimated 30,000 families in the state.

It will take a while for me to digest the specifics of the package. The single largest portion, nearly half, is going to fund Medicaid. While it's a very necessary expense, I don't know if it should fall under the umbrella of a "stimulus" plan.

But I understand the necessity of putting stuff like that in the bill. The way the Senate is made up, it's going to take 60 votes to get even a single thing done, so the Democrats will have to sandwich as many needed funding clauses into whatever critical bill is being voted upon. Otherwise, programs like Medicaid will have a lot of trouble getting enough of the funding it needs to operate.

But there are plenty of good things about the package too. Keeping police and fire services fully staffed is a good thing. So is infrastructure repair. Some hi-tech areas are being funded, such as development of alternative energy resources. These will translate directly and indirectly to creating and saving jobs.

Still, we do have a long road to recovery ahead. The best we can look forward to right now is simply hanging on until the economy starts moving again.
Posted by CT Bob at 2/16/2009 04:29:00 PM

There could be no better investment in America than to invest in America becoming energy independent! We need to utilize everything in out power to reduce our dependence on foreign oil including using our own natural resources. Create cheap clean energy, new badly needed green jobs, and reduce our dependence on foreign oil. The high cost of fuel this past year seriously damaged our economy and society. The cost of fuel effects every facet of consumer goods from production to shipping costs. After a brief reprieve gas is inching back up. OPEC will continue to cut production until they achieve their desired 80-100. per barrel. If all gasoline cars, trucks, and SUV's instead had plug-in electric drive trains, the amount of electricity needed to replace gasoline is about equal to the estimated wind energy potential of the state of North Dakota. There is a really good new book out by Jeff Wilson called The Manhattan Project of 2009 Energy Independence Now. http://www.themanhattanprojectof2009.com

The negative connotations with the name ("The Manhattan Project") really isn't something I think should be attached to such a noble cause. I can't be the only person who knows how the original Manhattan Project ended!

Something tells me you aren't going to sell an awful lot of books in Japan.

Beyond Green seems to think electric cars will solve all our problems. I wish it could. Right now, no one can afford any new car and it may take awhile for that to change. In the meantime Ma Rell wants more mass transit. I agree. (It's not easy for me to agree with a Republican.) That $137.5 million for Transit will not pay for paving the parking lot they forgot to include in the original bill for the new New Haven rail repair shop. Then there's the Hartford, New Britain Busway for around $300 million. How about The $51 million Rail Passenger route that Pan Am Rail is offering from Waterbury to Hartford? I guess we'll just have to buy a new set of tires for the old jalopy and hope the tranny holds up for a few more years. Don't forget the bridges! Speaking of Japan. Over a half century ago when I was there, Their slow speed trains were faster and more efficient than our Accela. You could get anywhere and on time. J.C. Sr.

I think mass transit will become more popular when it actually is more convenient or less expensive than driving. Currently Metro North going into Grand Central has enough riders to be viable. It's definitely going to take longer for some of the intrastate routes they're proposing.

And I'm happy to see money going into finding alternative energy. Electric cars will eventually become affordable and efficient, but it's going to take a lot of R&D. Putting stimulus funds into that will not only create jobs, but it will help meet our future energy needs.

Isn't it ironic that just last year - when gas cost $4 and people were flocking to mass transit - fares were raised and services were cut.

We're spending too much attention on improving the infrastructure for motor vehicles, while starving vitally needed upgrades to mass transit.

Cops are nothing more than the tool of capitalists to keep us in line. Defund the cops and there goes the safety net for them. We should eliminate ALL "law" enforcement locally and nationally. Wakeup!!!!!! we are at the great tipping point of history. We need as workers to make that final push and destroy the evil collususs of capitalism. i of course am speaking of the great oppressor the usa. LABOR not profit will run the world. END OF STORY.

Imagine dealing with the Republicans on medicaid as a separate issue. But if you examine the medicaid expense it seems to me that it will free up money for those who are medicaid eligible to purchase other necessities (such as food). It's not a perfect stimulus package but it potentially will keep those living on the fringes from falling into the abyss.

anonymous, if you ever get mugged at two in the morning, be sure to call a factory worker. I'm sure he'll show up right away with a wrench...

...and smack you with it for bothering him when he has a shift at 6AM!

If we all were paid the same regardless of what job we did, crime would not exist. There would b no desperate hungry people needing others money to survive. Crime is a by-product of capitalism. Criminals are only criminals in capitalists minds. They in fact are people who have had to make deperate choices, I don't think we have the right to judge them. If are a victim of crime, you can be comforted knowing that your loss has helped a fellow human survive. But it is capitalism that is the real criminal. THINK... no profits no wars, no profits no lack of healthcare, no profits no homeless. The list is endless, eliminate enriching one's self on anothers labor and eliminate artifcial job classifications and you will have a society where all are truely equal.

Was your mother a weightlifter? No? How did she manage to raise a big dumbell like you then?

I was a factory worker with a wrench and if I had to work with him I would mug him for you. J.C. Sr.

If anonymous needs brain surgery (any opinions on that?), maybe he'll get a factory worker to perform the operation.

J.C., no you wouldn't...crime wouldn't exist in a totally Marxist paradise. If crime ceased to exist, how could you bash him with your wrench? Aren't you smart enough to know that crime magically disappears when you remove the incentive for it, which is money apparently, and none of us would have any of it in his fantasy world, so there ya go, no crime!

Jeez, it's so simple! Why doesn't everyone else see it like I do, so I can stop posting silly comments on blogs? Workers of the world, unite! Unite for equal pay, for no chance for advancement, and for no way to better your circumstances. Unite, dumbasses!

WH Bob, I'm sure people would LOVE to put in 8 extra years of schooling and endless hours of interning so they can become a physician and earn the same amount that the guy sweeping the floor 40 hrs. a week does. Because work is it's own reward, apparently.

Just kidding. Actually I'm a sweetheart. I would never wrench anyone.
But I love a little fun and I love your comebacks. Yeah! J.C. Sr.

Awww, dammit! I was hoping you were serious.

I have 2 bachelors, & a masters; but if the economy gets any worse,I'm thinking of going back to school -- to learn how to say:

"Do you want fries with that?"

Believe me, I'm holding my breath that my company puts off any more layoffs. If I'm still working come April 1st, then I'm probably safe until early July. They always lay people off near the end of a fiscal quarter.

The worst thing is that I always seem to lose jobs in the friggin' winter! Just once I'd like to have June/July/August off!