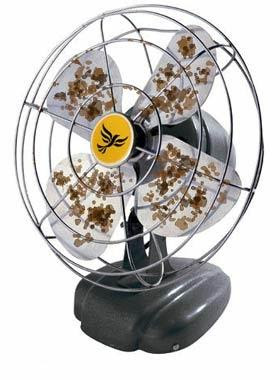 This is getting ridiculous. It seems that nobody can get a single fact straight the first time on the AIG bonus debacle. Not the mainstream media, not Chris Dodd, not Treasury, not anyone.

Late last week AIG sent documents to Attorney General Dick Blumenthal that detailed $55 million in bonuses given out in December, in addition to the March bonuses of $165 million.

"We're asking the company to explain," Blumenthal said. "So far, their answers raise more questions than they answer. Were there any other additional bonuses that have not been explained?"

The thing that really bugs me about this entire fiasco is that nobody seems to be able to guess where the money from the bailout is actually going until it's too late! This is exactly the kind of thing I was worried about because the bailout was pushed through so quickly that proper checks and oversight mechanisms weren't included.

It's almost as if Congress trusted the executives to take the money and do the right and honorable thing with it. Because, you know, bank executives always act in the public's best interest.

The entire nation is up in arms over the question of where one-tenth of one percent of the bailout money is going. That's good and all, but are we going to see excesses and misappropriations like this spring up over the next few months on the remaining 99.9% of the billions of bailout dollars?

Are we going to hear stories of mountains of money just disappearing into thin air, like the billions of dollars in $100 bills that Bush sent to Iraq on pallets in cargo planes, only to disappear without explanation or accounting soon after?

If things are this bad right now, I can only imagine what's going to hit the fan when politicians start admitting that billions rather than millions of bailout dollars have ended up in the pockets of the same wealthy financial bosses that largely caused the economic disaster that we currently find ourselves in.
Posted by CT Bob at 3/22/2009 07:40:00 AM

This whole bailout biz is just another giant slush fund, perhaps big enough to rival that other slush fund, a.k.a. the Iraq War.

Who is getting rich of the buying and selling of the "distressed assets"? Who are the middle-men and how big are the commissions, and how much of our taxpayer $$$ is going to line the pockets of speculators, insiders, and hedge fund jockeys?

Whatever we do, let's remember that it might be the Obama stimulus package, but the recession and the bailout belong to Bush.

Who cares about a few hundred million? There is 9 trillion dollars that the Treasury says it doesn't have to tell the tax payers which banks got what. I repeat - 98 TRILLION DOLLARS! They have run off with the money and the government is broke.

That last figure was supposed to be9 trillion.

Regarding the comment from Mr. Scooper. If memory serves me the democrats in the house went ballistic when the republicans initially failed to support the bailout. While yes the bailout was the Bush administration's idea, once in congress the democrats were more than eager to be it's big proponents. And now the democrats like it or not own the thing. You have to get beyond hyper partisanship, both parties are guilty of serious policy failures and we need to call them both to account or the crap will never end.

Who is getting rich of the buying and selling of the "distressed assets"? Who are the middle-men and how big are the commissions, and how much of our taxpayer $$$ is going to line the pockets of speculators, insiders, and hedge fund jockeys?

hmmm... what do Paulson, Rubin and Geithner's Chief of Staff have in common?

Please tell your congressman to "just say no" to Obama's own $250B proposed bailout. It's just gonna be another payment to the wealthy & powerful at the expense of the little guy.

Why is Obama doing this?! I suspect it's his desire for bipartisanship... but it's really misguided IMO. He's finding bipartisan support among The Political Class... not The People.