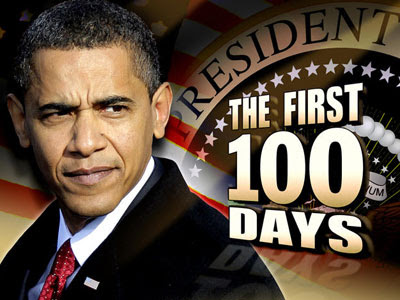 Well, we're 10 weeks into 2009, and I think it's time to take a look back at my New Year's resolutions that I specified in this post to see how I'm doing:

1. I resolve to give Barack Obama at least 100 days before I start bitching about what he's doing wrong.

So far, so good. Today is Day 49 of the Obama administration, so we're halfway there. Things have been tough for Obama with the economy, but he's doing what he can to battle the tsunami of crashing world markets. He's done some wonderful things, like set a date for withdrawal from Iraq, put more emphasis on science over politics, and today he's going to sign a bill that relaxes the oppressive restrictions on stem cell research that George Bush enacted to placate his extreme anti-science base. He's joined in his support by such Republican stalwarts as Nancy Reagan, John McCain, and Arlen Specter. 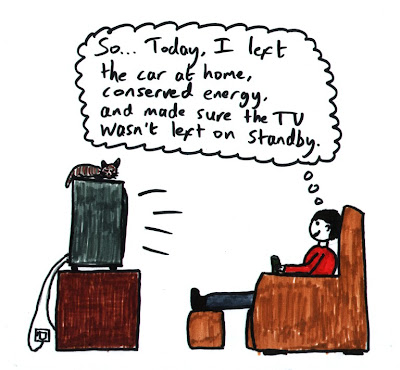 2. I resolve to be "greener" in the coming year.

I'm doing better at that. We installed 10 energy efficient replacement windows and I put insulating plastic over the previously open front porch, making the area much warmer in the daytime. I resisted setting the thermostat higher during those cold snaps, preferring instead to dress in extra layers of fleece. I can probably do more, but I'm working on it. 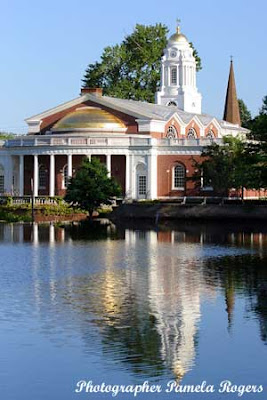 3. I resolve to be more involved locally.

See the previous post about the MGAT commission. I'm also on the Democratic Town Committee, and we have a big local election coming up. It's going to be a very busy year.

4. Lastly, I resolve to lose 30 pounds by next Christmas, no matter what.

Well, I bit the (calorie-free) bullet and went on a very structured diet. I'm down 20 so far, and fully expect to reach my goal by May. Besides the obvious reduction in food calories, I'm doing well by getting at least 30-50 minutes of exercise every day. I was somewhat inspired to keep at it by seeing a cartoon that showed a doctor advising his patient, "Which is more convenient, working out an hour a day, or being dead twenty-four hours a day?" That's not me. But I did purchase a recumbent stationary bike about a month ago, and I'm finding it very easy to stick with a regular workout. Plus, I'm doing some free weights and walking much more. I'm going to start riding the regular bike outdoors now that the weather is getting better, too.

Oh, and giving up beer helps. Not only am I not missing the empty calories, but I'm feeling more alert too. Huh, I guess there was something to all those warnings about booze after all! Who'da thunk it?

Anyway, that's how the resolutions are going so far. I'm looking forward to doing a more extensive look at Obama's presidency towards the end of April when the 100 days has elapsed. And only then will I mention the diet again, because quite honestly, there is absolutely nothing in the known universe that's more excruciatingly boring than hearing about somebody's diet.

Not really a New Year's resolution, but since late November I've been resolved to somehow, someway get back on my own computer after having to use someone else's pain-in-the-ass computer after my move. And perchance that time is now? If so, I should, after all these weeks, finally be able to post on sites like this and not be locked out due to a bunch of "security" programs.

Therefore, this is a test of the Oaktown Girl Broadcasting System.

You're coming in loud and clear! Glad to hear you're back online.

On day 101 repeat the following:

Since when (never) has federally funded medical research ever amounted to anything worthwhile?

On day 101 repeat the following:

Oh, believe me, we'll be saying that for years!

The disastrous effects of the Bush administration are going to be with us much longer than 100 days. Three months and a week doesn't magically was away the sins of eight years of horribly corrupt leadership.

Funny how Mr. Decider agreed with every single thing the Republican Congress put before him; but the very first time a stem cell bill hit his desk, the idiot couldn't unscrew the cap off his fountain pen fast enough!

They would never have let him use anything as complicated as a fountain pen!

Since when (never) has federally funded medical research ever amounted to anything worthwhile?

I confess that this remark, which climbs to the mountain top of ignorance, really made my head spin and I almost swallowed the bait. But then I regained my senses and remembered that thing about not feeding the trolls.

Nah, you can go ahead and feed him. ACR is our resident GOPer, and he provides much in the way of opportunities for us to refute many Republican talking points. He'll almost always take the opposition view, but he respects our website's rules, so I tend to give him plenty of leeway.

And he at least has a sense of humor; something that is sorely lacking on many of his colleagues.