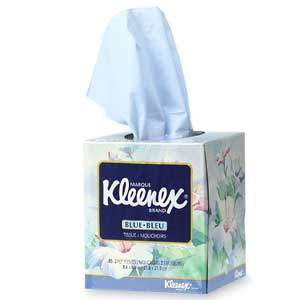 Going for the sympathy ploy, I see.

More likely, it's just an excuse for an extremely poor showing the first time he tried a money bomb. Boy, Republicans like Peter Schiff and Joe Lieberman just LOVE playing the victim every time they forget to plug in their computers!

From a fund raising email by Peter Schiff:

One week ago today, our new website was repeatedly attacked by cyber terrorists bent on slowing the progress of our campaign. The attacks succeeded in bringing our website offline a number of times, most crucially during our last Money Bomb. Thanks to the efforts of supporters like you, we were able to raise over $65,000, yet that number would have likely been much higher had the website remained online.

Despite the hinderance on our fundraising abilities; I must say that these attacks have made me even more excited for the prospects of this campaign. In my mind, if someone is going to all this trouble to attack the website then they obviously view us as a serious threat. I believe that the best way to respond is to show whoever it is that has been attacking us that our campaign will not be swayed, threatened, or attacked without a fight.

For this reason I am calling for another Money Bomb to be run on Monday, November 16th to give everyone who is as angry as I am the opportunity to stick it to these cyber-terrorists. Please give the maximum donation that you can afford at this time. I’m asking everyone for their help in raising the funds we need to show them that we will not be stopped in our march to victory next year!

I like how Schiff immediately resorts to that overused GOP scare phrase, "terrorist". There's no better way to frighten Republicans into supporting you than marching out the "T-word"!

Jesus, I just realized that this post contains the words "terrorist" and (money) "bomb"! Oh boy, that's going to set off an alarm somewhere deep in the bowels of the government's Cyber-Snoop Central! If I suddenly disappear, please tell my wife to forward my mail to Gitmo!

Well if th0se tw0 w0rds d0n't do it, the linked y0utube sure will. Ladies and gentlemen, Ahmed The Dead Terrorist:

Spooks, leave Bob alone, he's one of the good guys!

A good post on "Connecticut Bob".If you are looking for non profit fund raising tap into an established, successful, and proven Fundraising Program that works @ http://debtfreeliving.supportnonprofits.com