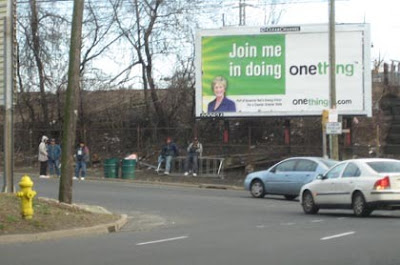 Poll-gate has officially begun! (you like that? I just made it up)

The Hartford Courant's Jon Lender (whom I met last Friday at Ken Krayeske's federal court appearance) reports that State Attorney General Richard Blumenthal has served at least one subpoena, and more are very likely on their way, in the developing scandal where Governor Rell may have used taxpayer dollars for a political poll.

...an investigation of whether a University of Connecticut professor's $223,000, taxpayer-funded study on government efficiency was misused to provide political advice to Gov. M. Jodi Rell, Attorney General Richard Blumenthal says. The legal maneuver is intended to guarantee production of all relevant documents — e-mails, memos and other records — by the Rell administration and UConn in the month-old probe conducted jointly by him and the bipartisan state auditors of public accounts.

Gov. Rell is also being investigate by the SEEC for the possibility that Rell and her exploratory 2010 campaign committee violated state laws in connection with the study.