Feinberg: he said, he (maybe) said 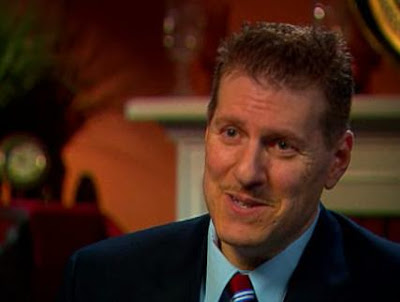 Yesterday the Associated Press ran a story about the secret Senate Ethics Committee testimony of creepy loan officer Robert Feinberg, where he alleged that Sen. Chris Dodd and Sen. Kent Conrad knew that they were receiving preferential treatment in their mortgage loans from Countrywide.

Sen. Dodd has repeatedly claimed that he believed he received the kind of treatment under Countrywide's VIP program that was given to any current customer with an excellent credit history.

At a Feb. 2 news conference, Dodd said he knew he was in a VIP program but insisted he was told by Countrywide, "It was nothing more than enhanced customer service ... being able to get a person on the phone instead of an automated operator."

Never mind that nowhere is it documented that either senator acknowledged that they were aware of Feinberg's illegal loans. Which, if it was as he says, is exactly what those loans were intended for; to buy influence with the senators. That is obviously an illegal action on Feinberg's part.

So now he's testifying about his role in the somewhat ambiguous deals, and there's no better way to avoid criminal prosecution than to implicate someone of a much higher profile than yourself. Which is precisely the motivation for Feinberg to do what he's doing.

I refer to the deals as "ambiguous" because there is more than ample proof that Dodd didn't receive any special treatment that was unavailable from other lenders at the time of the loans. Feinberg's "zero point" statements are null and void when you consider that many banks offered no-point loans during the period in 2003 when the loans were made:

Feinberg also talked about interests rates that were supposedly reserved for so-called "Friends of Angelo" Mozilo, Countrywide's soon-to-be-convicted CEO and Feinberg's boss. The rates on Dodd's loan were higher than available rates from other banks, per the Wall Street Journal:

2003: Wall Street Journal Published Mortgage Rates Weekly That Showed Dodd Mortgage Was At Or Above Average Rates. The Wall Street Journal published in its “Dow Jones Real-Estate Index” the average daily rate for Jumbo 5/1 ARMs, listed by bankrate.com (Dodd’s DC mortgage was a 5/1 Jumbo ARM with an initial rate of 4.25%, closed on June 10, 2003).

Based on those average rates it appears that Sen. Dodd was overcharged somewhat. You can assume that the lowest available consumer rates were even more of a bargain than those averages. Maybe Sen. Dodd should go after Countrywide for "rate gouging"! 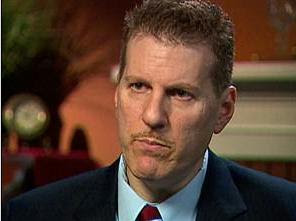 Feinberg seems desperate to tie a couple of sitting senators into a scandal in which he himself likely played a major role. Former CEO Angelo Mozilo is probably going to jail, and Feinberg is doing everything he can to avoid a similar fate, even hiring a slick lawyer to be his mouthpiece.

"The simple fact that Angelo Mozilo and other high-ranking executives at Countrywide were personally making sure Mr. Feinberg handled their loans right is proof in itself that the senators knew they were getting sweetheart deals," said Feinberg's principal attorney, Anthony Salerno.

Gee, if Feinberg isn't in deep trouble, why does he have a "principal attorney"? Whom, I'd hazard to guess, is probably heading up an entire team of lawyers designed to save Mr. Feinberg's ass!

Sen. Dodd's website just posted a page with verifiable citations that would easily put this story to rest, if only the MSM would bother to read the goddamned thing! Each and every link clearly refutes the allegations against Sen. Dodd, but they need to actually read it to understand it. The link is here: http://dodd.senate.gov/?q=node/5119

The sad part of this is that the MSM is allowing the story to continue as if there's a "there" there. And the rabid wingnuts along with the teabaggers here in Connecticut are burning up the comments sections of all the local newspaper's websites; which always seemed to me the perfect medium for the idiots and morons to anonymously post their cowardly venom. They obviously lack the balls to put their name on anything they spew. If I was going to write a book about the phenomenon, I'd probably call it "Blogging For Retards"!

In retrospect, the sheer magnitude of the howling insanity being displayed by the wingers is probably a good thing, because much like a toddler throwing a temper tantrum, I expect they'll eventually get tired of their childish screaming and take a much needed nap.

If they behave, we'll give them milk and cookies for snack time.

You write: if Feinberg isn't in deep trouble, why does he have a "principal attorney"?

It is common practice, when dealing with any corporate entity, to have a key person to contact, so that you are not shuttled around to different people. That is more efficient. It keeps the client's frustration level to a minimum and the communication process goes more smoothly. That way, the client doesn't just get frustrated and go to a different service provider.

This is commonly referred to as VIP service. Note that this is not the same as preferential service or access to special rates. It just means they already have your data and know who you are.

I never liked Countrywide and I don't much like thin mustaches unless you look like Errol Flynn.

I will wait to see if more evidence becomes available before jumping to conclusions. Only a complete and immediate release of all documents, emails etc. will show if Dodd knowingly accepted a sweetheart deal from those he oversees or not. Jumping to a knee jerk defense or condemnation of Dodd and claiming media bias one way or another does nothing but muddy the waters swirling around Dodd.

There's nothing knee-jerky about Dodd's consistent position on this issue: he thought he was given the same service that other well-behaved clients received. I don't know how this isn't being absorbed by any rational person.

Just take a look at the "Obama birthers" refusal to accept that he was indeed born on U.S. soil, even AFTER Barack's birth certificate was made public!

Some people will never be convinced of a person's innocence when enough mud has been slung in their direction. That's something we have to accept in our free country.

But by the same accord, don't deny me my right to defend what I see as a transparent and blatantly partisan attempt to disparage and weaken our senior senator.

You're absolutely right, I shouldn't use the word. I do occasionally feel bad for the people I offend on a fairly regular basis here.

But the truth of the matter is, I'm a bit of an asshole sometimes, so that's my excuse. To not use offensive words now and again wouldn't be true to my nature.

However, I have voluntarily given up use of the word "c*nt" out of deference to my female readers, and nowadays I'll only resort to it under circumstances of extreme duress.

You're not so much an asshole as you occasionally are snarky.

Beyond this, I'll reiterate my position: This sort of Chinese water torture is killing Dodd. It's all about voter perception, not reality, and unless Dodd gets out in front of this (maybe by channeling Trick Dick), he's screwed.

I was offered "VIP" service from Countrywide....solely (I believe) because I had no mortgage or liens on my houses.

You're right about Dodd, and the MSM is absolutely complicit in the slow torture of him. Which is why I rarely pass up a chance to justifiably slam them, especially when they're obviously either acting lazy, drunk, or simply doing the GOP's dirty work.

I don't give a fat rat's ass about ANY criticism that Dodd gets if he truly deserves it, but this Countrywide thing is simply a conservative attack ploy that the MSM is enthusiastically helping propagate.

And that's the reason for the pushback.