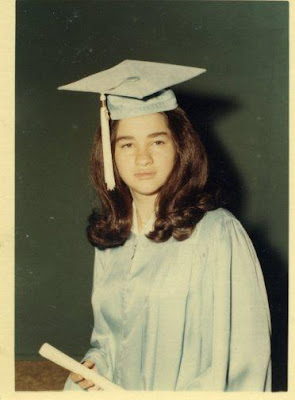 Senate confirmation hearings for Judge Sonia Sotomayor begin at 10AM today, and while the Republicans will certainly be thorough in their questioning of her (as they should be), it's widely expected that by the end of the hearings she will be confirmed as President Obama's first Supreme Court appointment.

Part of what will help Sotomayor, besides the Democratic majority in the Senate, is the fact that she is slated to replace retiring Justice David Souter, considered to be a liberal justice, and therefore it won't change the balance of the court appreciably.

What may result from Sotomayor's likely confirmation will be the addition of an accomplished and very knowledgeable voice to the Court. Sotomayor is credited with being one of the most experienced and capable SC nominees in the last 100 years, according to MSNBC and other sources. Her knowledge may help influence the legal decisions that may otherwise be guided by the politics of the other justices.

The format of the first day's proceedings will be started with the 12 Democrats and 7 Republicans on the Senate Judiciary Committee each taking up to 10 minutes for opening remarks. Then Sotomayor will be introduced and address the Senate directly. After that, the hearing will likely be recessed until tomorrow when the questioning of the nominee begins.
Posted by CT Bob at 7/13/2009 08:28:00 AM

After hearing the opening statements from the Sen's on the JD, I was struck by two thoughts:

1) the Dem's claimed that the vote on her nomination would be closely followed by Latino voters (who vote in huge percentages, and are the fastest growing segment of our population -- LEGAL immigrants, ACR!); and

2) The Rep's are flailing around for an "acceptable" reason (to Latinos' sensibilities) to oppose her, but have settled on the dubious strategy of (as the old-time film villain would say with a sneer, just as he recognizes his defeat by the hero):

This issue is much ado about nothing: since Bada-Bush put such "children" as Scalia & Thomas on the Court (& THEY get that magical health care system they wish so vehemently to refuse to, um, Americans,) they'll get to wreak their skewed viewpoints on our country for another 30-40 years. Thomas is too dumb to die; and Kennedy is too dumb to know he did.

You might find it interesting that the usually pugnacious Bill Donohue is rooting for Sotomayor.

I heard he was in favor of Regina Benjamin for Surgeon General, but I didn't know that he's a fan of Sotomayor's as well.

Don't know that Donohue is so much a fan, it's that he thinks she is the best conservatives can expect right now. Plus, he is active with the Puerto Rican community where he lives, so there is a sentimental factor.

>>I’m still secretly wishing that Sotomayor would jump up on the table, break into “America” from West Side Story and shiv Asshat Lyndsey Graham like the Sharks would.
http://leftcoastcowboys.com/2009/07/14/the-day-loretta-lynn-saved-our-bacon/

Sorry, haven't figured out that linky thing on blogger yet. :-/

why did they keep questioning the "Wise Latina" comment, seriously, it's like they have nothing to bring to the table and are only stuck with that comment. Big deal. I will await her confirmation with much pride as a PR.