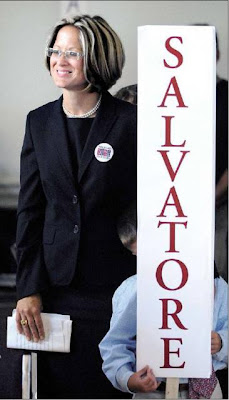 Milford icon and living treasure Alan Jepson has decided to step down from the City Clerk seat at the end of this term after a long and illustrious career serving the city, including two terms as Mayor in the 1960s. 119th District State Rep. Richard Roy received the nomination in a relatively close vote over Planning & Zoning Board member Kim Rose.

And most of the candidates for various boards (Aldermen, Education, and P&Z) are shown in the two photos below. A full roster will be available on MilfordDemocrats.com soon. And videos from the evening will be online sometime next week. 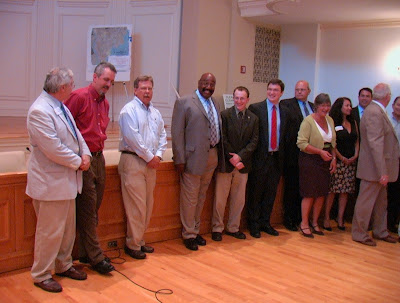 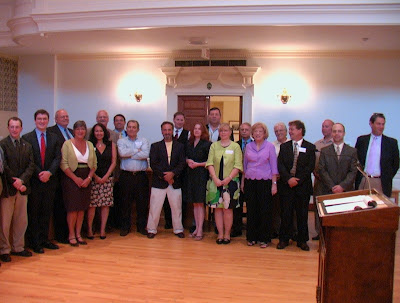 Who is Geneve Salvatore? I lived in Milford for 5 years and never heard of her.

So? I lived in Milford for fifty years and never heard of YOU until you stole my video for use in your doomed run for State Rep. in the 118th.