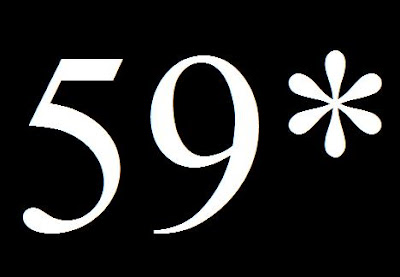 OK, so the very worst thing that could happen to the Democrats just occurred. They lost their impregnable, unbeatable, invincible 60-vote "Super-Duper-Oh-My-God-Look-At-It-In-Awe Majority" in the Senate!

Just like when Roger Maris hit 61 homers in the extended 162-game season, his record was marked with an asterisk. Now we've got 59 with an asterisk. And we all know the biggest asterisk in the world is Joe Lieberman.

Really it's more like we got 55 or 56, maybe 57 on a good day. The point is, 55 is just as good as 59 with an asterisk. The Democrats won't have to kill themselves to get those last couple votes anymore.

Well, for starters the Democrats won't have to listen to a single thing that Sen. Lieberman ever says for the rest of his natural life. And they won't have to worry about bribing their way into the hearts of blue doggers like Ben Nelson or Mary Landrieu.

Now the Democrats can simply face the reality of learning to work the way the GOP under George W Bush worked with their 55-vote majority and get everything they ever wanted passed with minimal effort. All it's going to take is some grit (doubtful) and true leadership (highly unlikely).

If they can somehow follow the example that Bush's Congress set for them during the first six years of the decade, the Democrats have a chance of getting some things done in the new decade.

Because everyone except those deluded members of that august body inside the beltway KNEW that the 60-vote super majority was a mirage, a dream, wishful thinking. The reality only becomes apparent when you step outside the magic circle and look in. We'll see if they figure that out.

Howard Dean has some observations about the Democrats' new standing after the Coakley loss on Rachel Maddow's show Tuesday evening:

Visit msnbc.com for Breaking News, World News, and News about the Economy


My favorite Dean quote from the piece:

"The Republicans are always much better at messaging in opposition; the problem is they can't govern when they win."

Yeah, like a sea slug, or a snail. Something slimy.