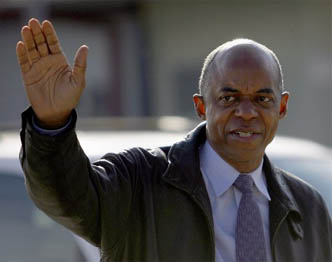 I guess I shouldn't be surprised that Congressman William Jefferson has won by a landslide in federally-impoverished Louisiana's 2nd District run-off election.

I mean, even here in progressive Connecticut, the matter of something like $387,000 missing from Joe Lieberman's campaign coffers barely raised an eyebrow. Even after evidence of "street money" surfaced.

Why would an FBI raid that discovered ninety large of MARKED BILLS (used in an alleged bribery scheme) slumbering in the frigid interior of the congressman's freezer affect his chances of reelection?

The issues in New Orleans are different from here in Connecticut, but the overall effect is the same. People are often willing to overlook ethical lapses if the candidate tells them what they WANT to hear, regardless of how the candidate actually acts. Why else would someone who is probably going to be indicted on Federal bribery charges win by a margin of nearly 15-20%?

I think the people of the 2nd District in Louisiana missed a golden opportunity to clean up corruption and send a message to other disaster-profiteering criminals in their region that the voters won't stand for it.