Lieberman Watch: Don Michak, a reporter from the Journal Inquirer, recently compiled a list of some of the largest individual donors to Senator Lieberman's independent campaign.

This list is interesting; large-dollar Republican donors flocked to Joe Lieberman, who claimed all the way up to the election that he is a Democrat. It makes me wonder why a Democrat would garner such support from staunch Republican allies, especially considering there WAS a Republican candidate running.

Here's a few paragraphs, but the entire article is worth a read:

Bernard Marcus, who identified himself as a retiree from Atlanta, was among those who contributed a total of $3.1 million toward U.S. Sen. Joseph I. Lieberman's re-election in the final few days of his November showdown with Democratic challenger Ned Lamont, according to Federal Election Commission records. 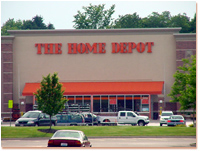 Marcus, a reputed billionaire who launched the Home Depot retail chain with the assistance of New York investment banker Ken Langone, was no ordinary contributor, but rather someone generally referred to as a political "fat cat."

Marcus previously had contributed a total of $50,000 to the Republican National Committee, and his $10,500 donation to Lieberman on Oct. 23 was his seventh to the newly minted independent candidate in the current election cycle.

This begs the question; why would a corporate fat cat want to make such huge donations to the self-proclaimed Independent Democrat, unless it was because Marcus felt that Joe Lieberman would continue to legislate kindly with regard to large corporations such as Home Depot?

And they were saying that Lamont was the candidate being supported by money outside of Connecticut in the blogosphere.

“This begs the question; why would a corporate fat cat want to make such huge donations to the self-proclaimed Independent Democrat, unless it was because Marcus felt that Joe Lieberman would continue to legislate kindly with regard to large corporations such as Home Depot?”

I’ll take stab at your begged question. A better question might be: What is one of the top tier gods of Home Depot doing giving money to a guy who campaigned to unionize Walmart? The answer is: It takes all kinds.

Look, a majority of Republicans in Connecticut voted for Lieberman for two reasons: 1) they considered him the lesser of two evils; and 2) their candidate didn’t float. Lieberman also drew a large moderate and independent vote. Isn’t it just possible that Lamont was far too polarizing a figure? After all his campaign was, to put it in a nutshell: Go left, Kill Bush, Kill Republicans.

Maybe, just maybe, the fault, dear CtBob, was not in the Republican stars but in ourselves.

I guess that's how conservatives and radical rightists saw Lamont, and boy did they rush to support Lieberman. I won't argue that Lieberman's propoganda machine was extremely effective.

What I can't understand is how the 99.9% of Lieberman apologists continue to support a guy who clearly values the interests of corporations over those of his constituents. Tell me again how Home Depot's and Wal-Mart's profit margin is improving your quality of life. You can't. Unless you're a billionaire CEO, that is.

The common denominator is these huge contributions from fat cats is the jewish factor. All seem to be jewish. It was a last ditch effort to keep one of their own in power. They don't care about CT, they care about jews.

I can't disagree strongly enough with your comment, anonymous 8:51AM.

The efforts to keep Lieberman in power were reflected by the corporate income level of the donors, not their religion.

CT Bob your forgetting that Ned Lamont is one of those corporate "Fat Cats". your just too nieve to see it.

Once a member of Round Hill Club always a member. Go see who Neddy socializes with.

Its also nice to see that you supported Ned without knowing who he is.

Yeah, Ned really needed to spend all that family wealth to get a job that would pay a tiny fraction of it. He obviously did it for that giant payday he would have gotten if he won.

Who's "nieve" now, you phonetically-challenged ass?

Anonymous 12/29 12:39 pm said...
CT Bob your forgetting that Ned Lamont is one of those corporate "Fat Cats". your just too nieve to see it.

No, I'd call Lamont a "slim cat" who was dwarfed by comparison to the lieberman donors like Mike Bloomberg.

It's interesting, your typo on "nieve", because that's a Spanish word - it means "snow".

How appropriate -- you got a snow job, ANON, and you don't even know it.

'Sno fun when you figure it out.