Now is the time for a sane energy plan 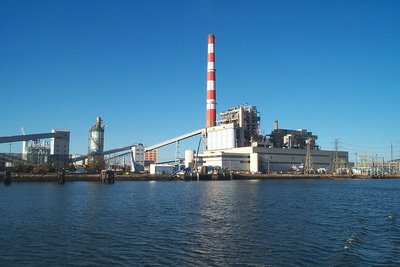 In the coming year, consumers of electricity in Connecticut (in other words, everybody in Connecticut) are going to be subjected to significantly higher rates.

I'm one of those unfortunate UI customers.

I should have asked for candles for Christmas.

Legislators in Connecticut have promised to make energy costs a priority in the coming session. On September 12, 2006, CT House Speaker Jim Amann (D-118) named a team of eight experts to a new Fuel Diversification Task Force charged with recommending how the state can encourage the development of alternative energy sources.

The panel of academics, industry and consumer representatives must report its findings to the Legislature by January 1, as part of a statewide ‘Energize CT’ initiative, which also includes a series of forums throughout the state to help educate residents and businesses on becoming more energy efficient.

And nationally, there are still major problems with the (Cheney) Energy Policy Act of 2005 (HR-6), signed into law on August 8, 2005. This act has done more harm to the likelyhood of lower energy prices while simultaneously being the most environmentally-damaging national legislation ever to be passed in the US. It's a gigantic subsidy bill, providing support to almost every conceivable dirty energy technology, including nuclear power, fossil fuels, and polluting "alternative" fuels.

Senator Joe Lieberman was the only Democrat in the Northeast to vote for this bill.

The energy issue will be a top priority for 2007. Hopefully our representatives will stop acting in the corporate interests and begin passing legislation that protects their constituents.
Posted by CT Bob at 12/26/2006 10:16:00 AM

Think of CL&P everytime you wash your clothes, go to the fridge, turn on the lights, run your dishwasher, use your electrical appliances, gaze at your street lights, think of your kids in a lighted classroom. Then curse them. Curse them loudly and often.

I curse the excessive profits they make from my hard-earned dollars. I curse the way they jack up the prices every chance they get. I curse them for taking advantage of the weak politicians we have who let them get away with it.

I curse Corporate America's war on the middle class.

And if you ever catch me "gazing at a street light" like a retard, you have my permission to kick me.

Unfortunate for me, Ferrara is my rep and Kissel is my State Senator. Two bigger utility whores cannot be found in the CT Legislature. Kissel works for NU ferchrissake and Ferrara agrees with every stupid privatization meme pushed forward by his corporate overlords. I think he doesn't even understand how a decent electric market should work. No, let me correct that, I know he doesn't understand how a fair electric market should work. Rate increases like those from Cl&P and UI should make it more difficult for ho's like these to retain their seats in the next election.

Fight the Hike! If you are angry about the rate hikes and the stupidity of de-regulation that put us here, join us in Hartford on Jan.31st, we will rally and lobby the whole day. We are demanding the DPUC be fired, re-regulation and immediate rate-payer relief. We also want to fight for a rational long-term plan that puts rate-payers in control not corporations, that promotes conservation, transparency in how energy is bought and sold and in the billing process. We will have 3 buses leaving from New Haven on Jan. 31st. For details call 203-562-2798

2 min ago
Speaker Jim Amann has opposed Attorney General Richard Blumenthals "Windfall Profits Tax." Now UI has bilked us to the tune of 700 Million Dollars. Money they will use to make deals with Energy Inc. to pollute our air in Milford CT.

Milford still has no break on its high electric rates despite all of its Grid upgrades. Thanks to Amann's lack of loyalty to Milford's needs the pollution of the sooty seven could start flowing into Milford as early as 2009.

Send Jim a copy of your outrageous electric bill and ask him why he is in favor of the several thousands of dollars in per capita profits that allowed UI to accumulate 700 Million practically overnight.

This really is horrible representation, protest loudly, tell Amann that you will not vote for his pro-greed agenga. Amann needs to be gone next election unless he dis-engages from this type of cronyism and racketeering. He is a traitor who betrayed us on energy.