Announcing the "Connecticut For Lieberman" Rally

The new CFL party will hold its second (*) organizational meeting on Thursday, January 18,2007!

The meeting will be held at the Howard Johnson’s "Harbor Room" (where the Blog Wars screening was held) in Milford off exit 39A on I-95. Stay right, just off the exit.

(h/t to Neal Fink for the CFL website and graphic)
- Come one, come all who want to help the CFL keep Senator Joe Lieberman accountable.

- Come critics, opponents and bloggers who have ideas for the CFL.

- Come honorary Members (people who wish to remain in their own political party but wish to support the goals of the CFL.

What are the goals of the Connecticut for Lieberman Party?

The preliminary Connecticut for Lieberman Party platform (and this can and should be discussed and modified at the organizational meeting) is for Joe Lieberman to:

1. Stop misleading Connecticut voters by saying one month before the last election that no one wants to bring the troops home more than Joe Lieberman and then calling for a robust, substantial and sustained troop increase in Iraq.

2. Call for a sore loser law in Connecticut named the “Lieberman law” to prohibit major party candidates from running in the election after they lose a party primary. Our party also favors moving up the deadline for petitioning candidates to one month before the primaries.

3. Call for new legislation which would provide for recall elections in Connecticut.

4. Join the new Connecticut for Lieberman Party, a party he promised the Secretary of State that he would form, but he did not.

5. Stop blindly supporting Bush’s Iraq war policy since over 75% of Connecticut citizens do not support those policies.

6. Stop cavorting with Fox News network's conservatives to bash those opposed to the war in Iraq and to stop pushing for more war in other countries in the region.

8. Lead the fight against President Bush’s assault on civil liberties and the U.S. Constitution.

9. Lead the fights against the surveillance of Connecticut citizens by state authorities because they do not support Connecticut incumbents.

10. And lastly Senator Lieberman, please come to our meeting so we can have along talk about how you have LET US DOWN!

Currently, the only member of CFL is Professor Orman. Let's work to change that...maybe we can get Joe Lieberman to join! 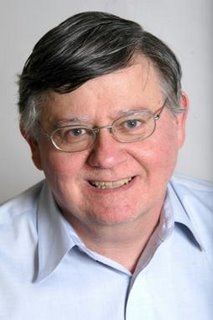 Dr. John Orman is a citizen activist and author who took over Connecticut for Lieberman Party.. He is the author of five books including PRESIDENTIAL SECRECY AND DECEPTION; COMPARING PRESIDENTIAL BEHAVIOR; PRESIDENTIAL ACCOUNTABILITY; THE POLITICS OF ROCK MUSIC; and CELEBRITY POLITICS (co-author Darrell West).

He was the Democratic candidate for U.S. House of Representatives in the 4th C.D. in Connecticut in 1984. His favorite moment was when President Ronald Reagan came to Fairfield to campaign against Dr. Orman.

In 2000 Dr. Orman was the citizen activist from Trumbull, Connecticut who challenged Joe Lieberman for running for two different national offices at the same time when he could only legally hold one of those jobs. After a month of official protests the Quinnipiac Poll showed 45% of Connecticut citizens agreed with Lieberman and 46% agreed with Orman’s position.

In 2005 Orman challenged Joe Lieberman for the Democratic nomination for U.S. Senate before dropping out of the race.

In 2006 Orman challenged the legality of the fake political party called Connecticut for Lieberman. He lost his challenge but later took over the fake party to turn it into a party to hold Lieberman accountable.

Dr. Orman has taught at Fairfield University since 1978. He is a Professor of Politics and he has taught American Presidency; Congress; Parties, Groups, and Opinion; U.S. Public Policy; U.S. Foreign Policy; and the Politics of Popular Culture. His comments about politics in America have been carried on ABC,BBC, CBS, CBC, CNN, MSNBC, NBC and NPR.
Posted by CT Bob at 1/10/2007 04:57:00 PM

Let's also make it a law that you must provide full financial disclsure or you are barred from running for public office.

That's already the law. Didn't you know that?

Now here's a third party poised to gain some real political traction. A couple of suggestions for the party platform:

"2. Call for a sore loser law in Connecticut named the “Lieberman law” to prohibit major party candidates from running in the election after they lose a party primary. Our party also favors moving up the deadline for petitioning candidates to one month before the primaries."

Calling it the "Lieberman law" allows too much room for interpretation. I'd call it the "Sore LieberLoser Law." Makes it easier to understand the proposed law's purpose and intent.

"3. Call for new legislation which would provide for recall elections in Connecticut."

This could be called the "LieberLies Accountability Act," in order to highlight the intent to hold politicians accountable to the electorate for lies told in order to win an election.

In addition, you may want to propose a "LieberLeaving Law." Such a law would require the governor to appoint a replacement from the same party the LieberLeaver supported for organizational purposes immediately following their most recent election to office.

diff anon - good suggestions. I recommend you attend the meeting and propose those changes during the open discussion I'm sure they'll have.

It'll be a rauckus caucus, I hope!

I think this whole CFL thing makes the liberal blogger movement (daiy kos/Ct bloggers) look immature and a little unprofessional. Just an outsiders perspective. But I also thought the "kiss" float was cheezzy and a little scary.

gs - to a certain extent, you're probably right. But it's also an opportunity to focus the media spotlight on Lieberman's hypocrasies and outright lies ("Nobody wants us out of Iraq more than me", for example).

Regarding the Kiss float; that was sheer street-theater brilliance, in the grandest tradition. It provoked a visible reaction just by being seen. Compare that to the passive viewing of 99% of the multi-million dollar political advertising that was shown during the campaign.

Yeah, it's all a bit silly. But that's what makes it fun. And the minute it stops being fun is when I'll stop enjoying it.

" That's already the law. Didn't you know that?"

I guess the Lamont campaign was against the law. He only disclosed one year, not five. Didn't you know that?

That's not the law, numbnuts; it's only what the whiney-assed Lieberman shills were calling for.

Get with it, stupid. The law is clear about disclosure, and Lamont complied.

Do you have any vlog coverage for this event? I'm not from the area, but I can make it for the meeting if you can't get one of your NedHeads down there to post it and write a full diary with interviews.

This certainly does sound like great theater; I hope to make it, but definitely hope to see you all at Bar tonight.

mbair, thanks for the offer, and you're welcome to cover the event; I'll be shooting video for my blog, but I rarely post on Kos so if you'd like to come down and cover it for them, you'd be very welcome. This has the potential to be a big event.

J, hope to see you there!

Scarce, I'll talk to Neal about that, and I think he's already offered the domain to Orman for free. Volunteer webmasters will be welcome, I'm sure.

justinh, Joe doesn't want to jump the gun; he's just waiting to see who the CFL candidate will be for '08.

"justinh, Joe doesn't want to jump the gun; he's just waiting to see who the CFL candidate will be for '08."

Thanks, Bob. With your sense of humor on display, I can always count on a good laugh when I stop by here.

I think Joe is refusing to endorse Dodd because Joe is deluded enough to believe that he'll be President after his nomination as the "Unity 08" Party candidate. I think he truly believes that a grateful nation will see him as some sort of "centrist" political saviour, sent to us by the grace of God to heal the country from this terrible time of "bitter partisan rancor."