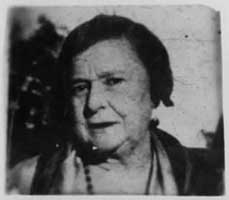 Welcome to the Constitution Police State.

Governor Jodi "Ma" Rell (aka the "Big Bad Biddy") on her very first day as an elected governor, has asserted her authoriTAY by putting out an "all-points bulletin" on people she deemed "security risks".

Which resulted in a man at the Governor's inaugural parade being arrested for "breach of peace" and held briefly in lieu of $75,000 bail.

It also resulted in the revelation that a branch of the state police called the "Connecticut Intelligence Center" had been provided a list with pictures of known activists to be arrested on sight if seen in the vicinity of the Governor's parade.

I am completely bogged down by the sheer volume of data that is coming in regarding Ken Krayeske's likely illegal arrest (here's the arrest report) and obviously politically-motivated ridiculously excessive bail. Try these links for additional info and discussion on this fast-developing story.

But know that this story is gonna be a BIG one!

It seems the lawyer has a lot different story to tell. This is seriously effed up.

Ma Barker was a badass but she had balls. She'd shoot you herself. Rell is a chickenhawk, she sends public servants to do her dirty work.

ft, that's true; but I figured Rell would get pissed-off by the photo anyway. I couldn't think of another, more appropriate old broad/gangster that I could compare her to.

In answer to your problem Bob: Think Condi Rice... lol