How we're going to get screwed

- "Vote on Lieberman's position in the new Congress." 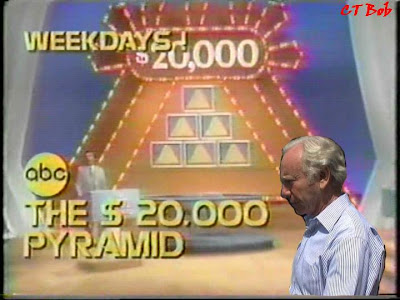 "Things that will end up pissing us off!"

The Democratic Senate Steering and Outreach Committee will meet on Tuesday to decide whether to strip Joe Lieberman of his chairmanship of the Homeland Security Committee. They will cast their votes by a secret ballot, and the majority will decide on this issue.

To date, the only senator on the Steering Committee to speak publicly in support of removing Lieberman is Vermont Sen. Pat Leahy. Even Senate Majority Leader Harry Reid has been making conciliatory statements in regards to Joe Lieberman.

This seems to be trending towards a typically cowardly Democratic capitulation, which is something I'd hoped we were done with now that our party is undeniably in full control. Apparently not.

The secret ballot is what pisses me off the most. If a majority of the Steering Committee Democrats choose to act in this outrageous way, we won't even know WHO to blame for it! It's this lack of accountability that annoys me. I always thought it would be different when the Democrats were in charge, but no; not if they vote in secret to forgive Lieberman for his many, many betrayals.

There's always an outside chance that the Steering Committee will act appropriately, in both punishing Lieberman for his actions, and sending a message that this kind of betrayal will not be tolerated by the party.

It could happen. But if I was betting on it, I'd want 3-1 odds in my favor. The risk is too big to go even money on this thing.

The sad reality facing us is that we'll likely still have Joe Lieberman to kick around for quite some time. As much fun as it would be, I worry about the damage that he'll continue to get away with should he remain.
Posted by CT Bob at 11/15/2008 12:31:00 PM

If they want to vote in secret... Than we will hold every single one of them responsible for whatever action (or inaction) results.

so if lieberman stays in power, you would punish leahy?

The elections over, the democrats took the netroots money, they know elections are won in the middle and frankly they don't need the extreme left now. Lieberman isn't going anywhere. And if he does not man up and tell the truth and release all documentation then dodd will actually be in more trouble than lieberman with ct voters. Remember most of us ARE independents. WE did not get sweetheart mortgages (wasn't he overseeing countrywide?}.

If Lieberman is not stripped of his chairmanships then the country is being compromised. Lieberman's unethical management of corruption charges during the Bush administration ensures more corrupt government that will eventually consume Obama's administration.

Pandering to Lieberman is not an invitation to critical debate, it is the stain of corruption within the party.

Obama must respect the separation of government and stay out of the business of the congressional Democrats. If the checks and balances of the party are compromised then there is little hope for that separation to be honored in the larger context.

It is all up to Obama now. If he wants to wear Roosevelts hat then let him be as ruthless as he could be. Let him tell the senate where to send him. J.C.Sr.

Obama absolutely should stay out of Senate business. And he pretty much has so far, except for one or two statements that are somewhat mild. After all, Harry Reid isn't suggesting who he thinks should be Sec. of State, is he? It's not his branch, so it's better if he stays out of it.

"The secret ballot is what pisses me off the most. If a majority of the Steering Committee Democrats choose to act in this outrageous way, we won't even know WHO to blame for it!"

The secret ballot allows the Senators to vote their conscience and not succumb to peer pressure. If removing Senator Lieberman is the correct thing to do, they'll do it.

Right. We wouldn't want them to be accountable for their actions. The will of the people is secondary to them maintaining their status quo. Transparency is apparently a bad thing when we're talking about the "Old Boys Club".

And people are shocked that Congress has a single-digit approval rating.

And Roosevelt's fireside chats were just to tell the American public I lub you but don't tell congress I want something out of them? J.C.Sr>