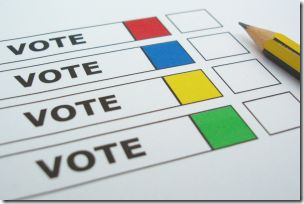 According to a Quinnipiac poll due to be released this morning, Richard Blumenthal and Ned Lamont have significant leads in their respective races over their opponents.

As we head toward the August primary in the governor's race, Ned Lamont leads Dan Malloy 41% to 24% among registered Democrats, with 30% undecided. Lamont maintains his significant lead despite the fact that the poll was conducted after the state Democratic convention, which typically favors the party-endorsed candidate. Strangely enough, the poll didn't put either candidate head to head with GOP front runner Tom Foley.

"Ned and Dan have appeared together more than 20 times already this year, and they'll do so again before the primary. But even after 20 joint appearances, we still haven't heard Dan offer a single idea for how to create jobs. If he wants to try a 'different kind of campaign,' that's where he should start.''

In the Senate race Dick Blumenthal continues to enjoy a huge lead over GOP favorite Linda McMahon 56% to 31% with 10% undecided. Blumenthal maintains his high favorable ratings despite a recent flap regarding his military service.

As an aside, Gene Lyons in Salon.com has called out the New York Times for deceptive journalism in the way it handled the "Vietnam" story. I like the fact that the author accuses the Times of "tactical omission", where they leave out or deeply bury facts that are important to the story on purpose. As Lyons says when talking about the Times "...the art of tactical omission can turn a relatively understandable overstatement like Blumenthal's into an indictment."
Posted by CT Bob at 5/27/2010 01:49:00 AM

I think Mr. Lyons is more guilty of deceptive reporting than the NYT.

Tactical omission? Mr. Lyons should have either done better research which would have yielded more than one instance of a "misstatement" or he chose to omit them on purpose. Thinking the average reader won't look deeper into the matter.

Here are some other nuggets from the NYT article Mr. Lyons omitted.

Greenwich Times 2008: I wore the uniform in Vietnam and many came back to disrespect.

The Shelton Weekly May 23 2008: " met with applause when he spoke about his expieience as a Marine sergeant IN VIetnam".

Very telling also is that when several major CT newspapers described him as as serving in Vietnam, Mr. Blumenthal NEVER corrected the record. If the articles missrepresented what he meant, he sure as hell let it stand.

All the above are from the article that Mr. Lyons attacked, yet he left out all the above. Why?

We quote "news" articles at our own risk since much of the journalism is notoriously inaccurate. It is not just the editing, it is the misquotes done by the reporters that need to be viewed askance.

The better trained and more experienced reporters should be held to a higher standard.

Nopartisan - First, it's the Greenwich TIME, not "Times".

Second, the NY TimeS article did not take any pains to correct the perception that Blumenthal never said he hadn't served in the war, when he quite clearly did say he was in the Reserves; often in the very same speeches in which he was quoted. And it's not like the NY Times didn't fuck up on more than one occasion, as in the Judith Miller controversy.

It's obvious you're no fan of Blumenthal, and that's your right. Feel free to vote or not vote as you will. But you've done absolutely nothing to alter the fact that Dick Blumenthal has served the people of our state with dedication for many years, and he'll likely continue that as our senator. Some misplaced words won't erase that record, no matter how hard you try to press the point.

More trouble for Mr. Blumenthal (and his wife)?

This may be the dumbest thing I've ever seen.