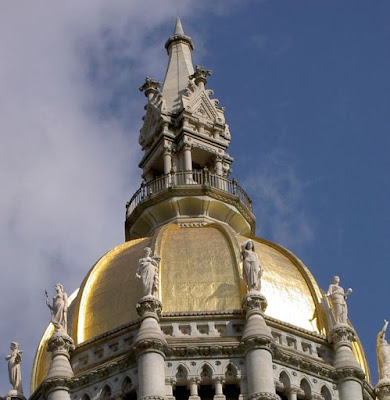 Nobody is saying this is a big win by any means.

The other night the Connecticut legislature finally passed this year's budget, and Gov. Rell said she'll sign it. But the budget doesn't address the huge gaps projected in the 2012 and 2013 fiscal years.

It doesn’t address the structural deficits in 2012 and 2013, but next year’s $19 billion budget is balanced with $177 million in spending cuts, $365 million in additional federal funds, and a plan to borrow $989 million down the road.

Republicans expressed concern that the 2011 budget adjustment didn’t even begin to tackle the more than $3.8 billion deficit in 2012.

“We still left a large structural hole in 2012,” Sen. Minority Leader John McKinney said. “We could have done a better job of dealing with our deficit today.”

Simply put, Sen. Dan Debicella, R-Shelton, said the legislature is “punting to the next governor and next legislature.”

Even Democratic leaders admitted it didn’t close the structural gaps in the budget.

“It really doesn’t address the deficit that we have projected in fiscal years 2012 and 2013,’’ Sen. Toni Harp, co-chair the Appropriations Committee, said. “We’re hoping for an immediate and abrupt turnaround in our economy.”

This current deficit was entirely preventable:

Sen. President Donald Williams said if last year’s Democratic budget had passed the state wouldn’t be dealing with a deficit.

I'm not happy that it seems the legislature didn't address the painful issues this year, and it will only be worse for the new governor next year. Who will likely have to make some bold and unpopular choices in order to get a budget that works.
Posted by CT Bob at 5/06/2010 09:07:00 AM

Did I miss something or did the democrats not have veto proof majorities in the legislature last year. But that being said why did they not address the deficit now? Why the punt?

Toni Harp's comment says it all: "We're hoping for an abrupt and complete turnaround in our economy" Well the democrats can hope but I don't think we'll see satan, hitler and stalin having snowball fights in hell anytime soon.

My God! this is no way to govern.

The Democrats have proven repeatedly that they can almost never be unanimous in their thinking.

Which might be a good thing. There's always a danger of people thinking and working in total lockstep with their leaders. The Democrats seem to have more individuality than the Republicans.

Of course, there ARE times when I'd like to see them hang tough.

They should have hung tough or made changes to the bill that would bring recalcitrant democrats on board.

The republicans as far as I am concerned are a lost cause for now. Both at the state and national level they have put the well being of the state and country below the myopic partisan concerns of their party.

I am not saying the democratic plan would have been good, it may or may not have worked. But at least as in the case of the healthcare bill, if things in it were bad for the economy they could be changed. At least there would have been something in place that could be adjusted as needed.

Now what do we have? A financial tsunami that is bearing down on every man women and child in CT.

I honestly think that the next ten years are going to be horrible for CT and no one in government will have the moral courage to do what needs to be done.

Republicans will be hamstrung by their business first ideology, the democrats will be hampered by their labor first position and nobody will be concerned about the third part of the economic triad, that being the consumer.

Politicians have to be aware that all three groups and their concerns have to equally addressed, a strong economy is only possible if all are at least fairly content.

But foolish me to think that could happen, special interests will continue to destroy our economy, our businesses and our workforce.

How are labor and consumers separate groups? Are you talking about unions? The country has never been more prosperous than during the times labor unions were strong. Read the history, ignore the big money shills.
oldswede

I agree the country was most prosporous when unions were strong. But at the same time business was booming because consumers, some union most not had monety to spend. That was the balance I spoke of.

Today however, business rightly or wrongly perceives CT as a bad place to do business. Small business owners are getting hammered, please don't ignore the numbers which have moved out or closed down. I would hardly call small businesses big money shills.

That phrase "big money shills" or similar slogans are a symptom of our broken system. It gets thrown at proponents of free enterprise no matter how big or small rather than rebut their arguments, for example a bill before the legislature.

It is no different than when free enterprise advocates throw out the word "socialism" when they oppose a bill they don't like.

In both cases the extremes of both sides are running the show and the balance is all out of whack and the citizens suffer for it.

I used the term consumers as meaning any person, company or even government that buys goods. So in my definition consumer could mean a worker, a retiree, a person on welfare etc. or a company buying heavy equipment and on and so forth.

I should have used a different term to avoid confusion. But my point remains,that without a balance between the three economic interests, business if they don't see profit won't hire or reduce workforce, labor sees a reduction of wages or loss of job and those who buy and use product, see less to buy and pay more for what they do buy.

For the record I am a union (CWA) member and would not work the job I do without a union.