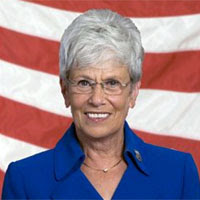 Dan Malloy is expected to announce state Comptroller Nancy Wyman as his pick for Lt. Gov. tomorrow, according to local bloggers. Wyman enjoys enormous popularity among Connecticut's Democrats, and will likely make a significant impact in the race for Lt. Gov., currently seen as being led by Simsbury First Selectman Mary Glassman and State Healthcare Advocate Kevin Lembo.

The State Convention is less than two weeks away on May 21st and 22nd, and tonight at Rosa DeLauro's Congressional convention (pictures shortly) I had the chance to speak to someone working at State Central about what we can expect (me being a delegate from Milford). The convention opens at 6PM on Friday the 21st, and will focus on rules and platform, and select the candidate for the Senate seat being left vacant by the retirement of Sen. Chris Dodd. Attorney General Dick Blumenthal is certain to win the nomination by a huge margin over any rivals.

On Saturday the 22nd we'll be expected to show up at 8:30AM for a packed schedule. Knowing how us Democrats love to party, I fully anticipate seeing quite a few fellow Dems suffering from the after effects of the previous evening. Me, I'll be safely in my hotel room by 9PM on Friday, to leave a full hour for me to study the bible before lights out at 10PM. (Yeah right!)

Saturday we'll select candidates for all the constitutional offices, including Governor, Lt. Gov., Attorney General, Secretary of State, Treasurer, and Comptroller (did I forget any?). Seeing as how most offices are contested, Saturday could easily end up being a marathon that goes well into the evening. I was told that this time there won't be a motorcycle show setting up while we finish convention business, like happened in 2006. In fact, the Democrats have the Expo Center available for the full week.

And Kevin Lembo agrees to drop out of the Lt. Governor and run for Comptroller instead? Well, I have to say I'll be somewhat disappointed. Lembo deserves better, and more. (Banish the kingmakers!)

I saw Kevin tonight, but that was before I heard the strong rumors of the Wyman move, so I didn't think to ask him about what his plans were. I haven't heard anything yet about a possible move to comptroller.

Isn't it a little presumptious to be naming running mates BEFORE you have your parties nomination? Especially when there are so many candidates?

When does State Central plan on notifying all the delegates of the details? Their website still says "to be determined" and the convention is 10 days away!