Candidates shuffle prior to convention

Lots of changes in the state races recently. Comptroller Nancy Wyman chose to run for Lt. Gov. with Dan Malloy, prompting State Healthcare Advocate Kevin Lembo to cease his run for the same office, and he may switch to the Comptroller's race. An announcement is expected this morning.

Which makes sense, since he worked with Nancy in the Comptroller's office for something like six years. Another candidate for that off is state rep. Tom Reynolds (D-Ledyard). Reynolds already has a website that discusses his intentions. 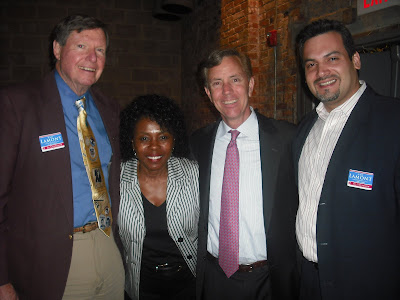 Again, he's the class of the field.