This Is The Best Thing I've EVER Seen On The Internet (Today)!

Every day I usually find something interesting or noteworthy on the internet, so I decided to post one today.

Yes, it's my video from a million years ago of me putting on a red suit and jumping out of a perfectly good plane for a bunch of kids.

Merry Christmas and all that.

I'm working for FedEx for one more week before I start a new job. Doing the delivery thing for the holiday season was fun and challenging; and for the first time during a December I've actually LOST weight!

But I'm looking forward to starting training for a good field service job early next month. I can always exercise and diet to lose weight rather than work 70 hours a week jumping on and off a van and heaving packages about all willy-nilly! (I don't really do that)

The guy didn't look all that healthy to me anyway, so this is no big surprise.

Kim Jong Il died suddenly of a reported heart attack yesterday. His son, Kim Jong Un is the likely successor. Because, in brutal dictatorships, it's often the son of the leader who takes control of the nation upon his leaving office. For example, see Papa Doc/Baby Doc Duvalier, Augustus and Tiberius Caesar, and G.H.W and G.W Bush.

Anyway, the thing I'll remember the most about Kim Jong Il is that he was so very very lonely.

I was wondering about that word. "wackos". I tend to want to spell it "whackos", but I've seen it written the former way a lot, so I'll yield to conventional wisdom in this case. Although personally, I still prefer "whackos". Oh well...

Now that we got that out of the way, here's a video of Chris Murphy (CT-05), speaking to Congress about the cowardly decision by Lowes to pull all their advertising from a new reality show/documentary about Muslim families in America.

Congressman Murphy reminds us that the Constitutional guarantee of freedom of religion is sacred to our nation, and the vocal hysterics of a tiny minority shouldn't affect that. Lowes displayed a lack of courage in their decision to pull the ads. I hope enough Americans agree with that and give their business to Home Depot, or better yet, their independent hometown hardware store. I still mourn the loss of Harrison's Hardware in downtown Milford several years ago...there was something comforting about walking down the aisles and hearing the old wooden floorboards creaking. You don't get that experience in the giant big-box stores. 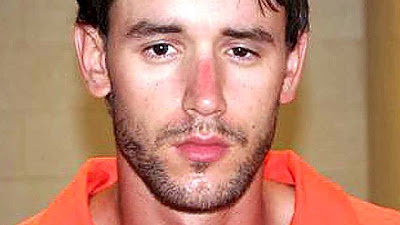 Okay, so Joshua Komisarjevsky (yes, I had to copy and paste his name...nobody but his family and his lawyers can possible spell it without looking) has been sentenced to death, same as his home invasion partner Steven Hayes.

Let's put aside the moral implications of the death penalty for now, as many of you already know my position. What about the practical issues?

The way the death penalty statute stands in Connecticut, it's pretty much assured that should Komisarjevsky and Hayes decide to fight against their sentence, they'll likely die of natural causes (like old age) behind bars before they'll ever have to walk to the death chamber. That's because there are multiple procedures and safeguards built into the law that gives the accused a reasonable chance to appeal his conviction and sentence.

There are obviously cases where an innocent person has been put to death. "You can't get pardoned from the grave," as Juan Melendez-Colon stated at a recent talk in Connecticut. Melendez-Colon spent over 17 years on Florida's death row and was pretty much out of appeals before finally being released upon discovery of his innocence.

It is demonstrably impractical for the state to kill an innocent man. Yet just this week I was astounded when I heard an interview with John Walsh, the host of the TV show "America's Most Wanted" (and the father of a murdered child) admit that while there have been innocent men who have been executed he is still in favor of the death penalty. This is obviously the price of his own humanity that he is willing to sacrifice in the pursuit of vengeance.

But the practical issue here is that the state has to burden itself with the costs of both the prosecution and the defense of every single appeal, along with the increased costs of security for the defendant. These costs far exceed the expense of housing a convict for life in a maximum security prison. And as taxpayers, we're ALL footing the bill for this "justice".

That is exactly what will happen anyway should Komisarjevsky and Hayes refuse to accept their sentence. If they should decide to drop their appeals, they will eventually be put to death, just as serial killer Micheal Ross was in 2005 after dropping his appeals in favor of death.

And that still took a decade of expensive legal wrangling to accomplish.

For what was basically a state-assisted suicide.

The fact of the matter is that sooner or later the death penalty will be abolished in Connecticut. The state legislature put a repeal bill on Gov. Jodi Rell's desk a while back, but she refused to sign it. Governor Malloy will almost certainly approve a death penalty repeal should it cross his desk...I say "almost" because I've learned through painful experience that what a candidate promises is too often the exact opposite of what an office-holder does.

So obviously it's time to rewrite our law to make it "life without any fucking possibility of parole" (and I'm going to push for that exact wording in the law) for anyone convicted of a capital crime.

That way the state saves tax dollars, and the families of both the victims and the defendants (often the overlooked victims of the crime) are spared countless appeals and court appearances.
Posted by CT Bob at 12/11/2011 07:11:00 AM 2 comments: 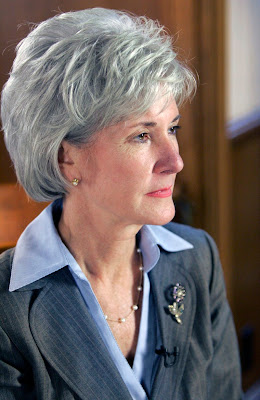 Fresh off the surprising and disappointing decision by Secretary of Health and Human Services Kathleen Sebelius to reject the Food and Drug Administration's conclusion that the Plan B One-Step pill was safe enough to be placed on pharmacy shelves without an age limit, President Obama chimed in with his own opinion.

“The reason Kathleen made this decision is that she could not be confident that a 10-year-old or an 11-year-old going to a drugstore should be able — alongside bubble gum or batteries — be able to buy a medication that potentially, if not used properly, could have an adverse effect,” Mr. Obama said to reporters at the White House.

I truly despise the implication of remarks such as these that we're all complete fucking idiots. I know it's an election year and the Republicans are going to bring every possible issue to bear, but for fuck's sake, this is a serious stuff!

The "Plan B" (or "Morning After pill") is quite literally equally or less dangerous than many hundreds (or thousands) of unrestricted OTC medications that can be legally purchased by anyone of any age who can successfully complete a transaction of money for medications. To have the president casually say that he wants to protect children from potentially ingesting a single medication for potential thrills(?) or from simple stupidity, while deliberately ignoring all the rest of the OTC drugs is ridiculous and beyond acceptable!

I've become used to this sort of obvious bullshit from eight years of George Bush and twenty-plus years of Joe Lieberman, but to hear it a guy whom I hoped was far above that level of political hypocrisy makes me literally want to vomit. Is it a recent prerequisite to totally sell out once you attain the Oval Office?

It bugs the hell out of me that Sebelius and Obama, two candidates who strongly supported women's health issues when campaigning, have made this disastrous judgment that will directly impact the lives and families of many women, and will also have far-reaching implications in the ongoing struggle to protect a woman's right to choose.